Good morning from yet another overcast day in Asti!

I was talking to my paisano Mark Rossano sometime in the last few weeks about Twitter.

I mentioned to him how much I couldn’t stand it and actively avoided it.

Mark said - and I’m paraphrasing here - there are too many interesting people on Twitter not to be on it. Just don’t get into scrapes with people. That’s when the stress exceeds the benefits.

You know how bright Mark is - I call him the “Sherlock of the Supply Chain” - so I decided to take his advice.

And I was indeed missing out.

There’s so much news flow on Twitter that doesn’t get filtered down to the rest of us. And there are so many funny and poignant views on the current goings-on.

Now, Twitter is a must-have for me. But I don’t engage on there. I just watch and report.

And there have been some doozy-whoppers on the feed this week.

My goodness, Justin Trudeau couldn’t have made his country look worse.

Oh, what about those rockets that landed in Poland? In about five minutes, the Twitterverse knew the Ukrainians, and not the Russians, fired them.

What about Qatar’s anti-homosexuality laws and the World Cup? Well, none other than Piers Morgan put paid to that discussion.

In my best Mel Allen imitation, let’s discuss This Week in Nonsense!

If you look deeply into Justin Trudeau’s eyes, you’d see the back of his head. If he were a writer, his penname would be “MT Cranium.” (Read it fast.)

I never had much affinity for Canada. And now I have even less sympathy for its choices.

How Trudeau remains Prime Minister is beyond me. His judgment has been questioned more than once, and for good reason, as you can see below. 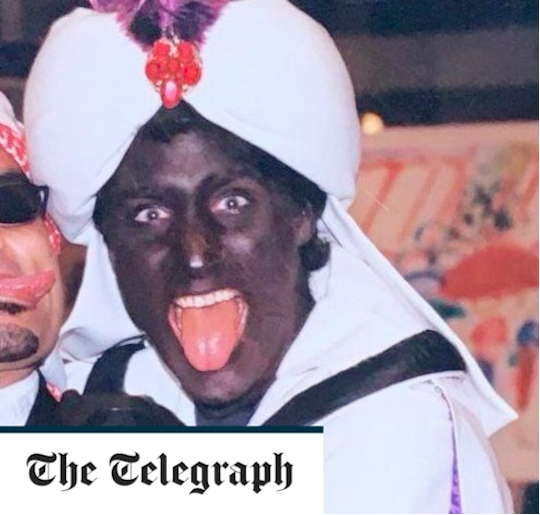 And if you ever had the misfortune to watch his parliamentary debates, he never answers the questions put to him. He evades answering with smarmy tirades and vacuous reasoning.

But this takes the cake.

Prime Minister, I don’t care if you’re fully aware that your country is nothing more than a wholly owned subsidiary of the US military. You’ve got to land one for your people.

When you watch this video, you’ll see Trudeau - an actual English major - standing there as if his teacher chastises him for missing an Oxford comma.

Xi all but calls Trudeau a classless oaf for leaking information to the Canadian press.

Perhaps it's my training on a futures desk, but you must retort!

Justin, you can’t just stand there and then say something inane about agreeing to disagree. You look entirely flaccid. And by extension, so does your country.

My retort of choice would have been, “Are you sure it isn’t one of the thousands of your Chinese spies residing in my country who didn’t leak it?”

At least you could walk off with your head held high. 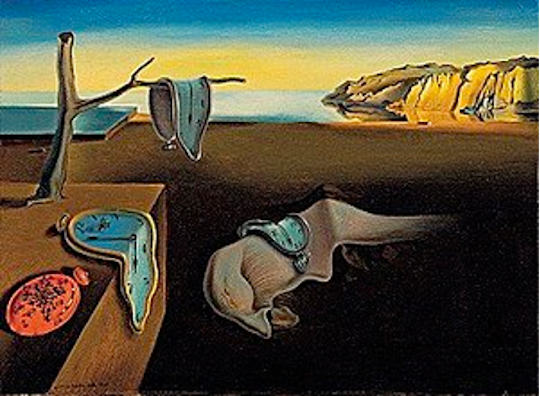 Credit: The Persistence of Memory

The Neocons hadn’t had a hard-on like this since Dubya launched Gulf War 2.

Allegedly, the Russians had launched two missiles that landed in Poland, a NATO member, and killed two Polish citizens.

This was great news for them, for they had gotten what they always wanted.

And that’s permission to engage Russia in war.

The ghost of Donald Kagan, his still-living neo-con nutcase sons Robert and Fred, and their warmongering wives, Victoria Nuland and Kimberley Kagan, couldn’t have been happier.

Russia had finally made the mistake that would ostensibly allow America to end the new Cold War and take Ziggy Brzezinski’s all-important Grand Chessboard piece of Ukraine.

Except Russia didn’t fire the missiles.

It was - surprise, surprise - Ukraine.

Quite the pickle, is it not?

So what we got instead was a stream of confusion, obfuscation, and outright lying to stall for our elites to figure out how to paint this.

I mean, if we were playing the strict rules of golf (as Bond was when he cheekily beat Goldfinger), NATO would attack Ukraine on behalf of the Poles.

That’s what Article 5 is about, after all. 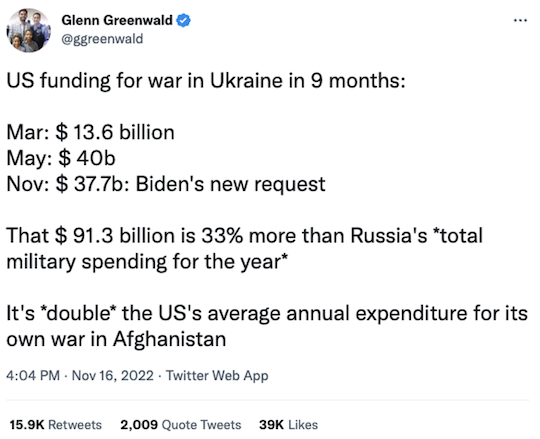 It can’t happen because the US has already thrown $100 billion down the drain this year alone.

And that’s why the whispers are getting louder. 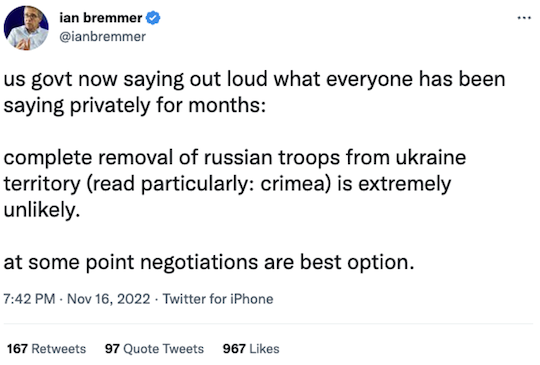 My guess is that America will disgrace itself again as it did when it left Afghanistan.

Ukraine was never worth the fight and would always return to the Russian sphere of influence, except for a crazy neocon family.

The USG realizes this now.

One-Quarter of Countries in the World Cup Finals Outlaw Homosexuality

I called out the most eager virtue-signaling nation on the planet, the United Kingdom.

The UK pays the Qataris GBP 1.6 billion annually for their natural gas. And then has the gall to call out a football player for calling a game for the Qataris.

Having lived in England for ten years, I know Piers Morgan is a dick.

A few years ago, I couldn’t believe he landed a job at CNN in the States.

But I must say, he did well here. 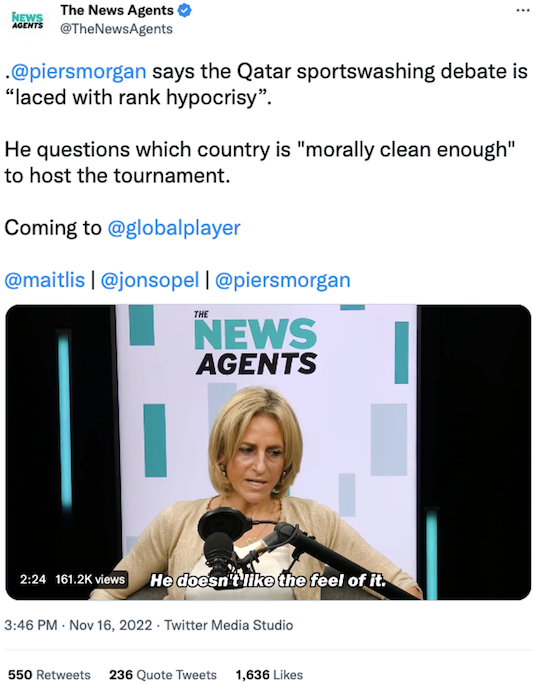 Emily Maitlis is the most annoying journo in England. And yes, it was easy for Morgan to make mincemeat of her whiny, illogical argument and accusations of “whataboutery.”

Watch the video to see how the cosmopolitan, metrosexual Brits - quite sure Yorkshiremen don’t give a toss about it - wrap themselves up in virtue, only to have it crumble in their laps.

That wraps up The Week in Nonsense.

I hope you had a bit of a laugh to go with your morning coffee.

Tomorrow’s Friday, so I’ll try to keep it light then, as well.

Have a wonderful day!