Good morning on this freezing Monday in Northern Italy!

It was a meager 36F/2C this morning when we woke up.

I’m not used to this cold, so I’m glad I can walk around town in the morning to get thicker skin.

Tomorrow is Election Day, and I hope Joke Biden gets what’s coming to him.

But instead of harping on that today, I want to take you across The Pond.

In merry old England, the idiocy I’m about to describe takes place far too often.

And it illustrates why even generally intelligent people need to think harder about economics and capital flows.

Who Are These People?

Back in February, I wrote a piece about how much I loved the Giants-Redskins games growing up in New Jersey.

To this day, I feel privileged to have watched it on autumn’s great Sundays.

But I was also lucky when I moved to London.

I was only twenty-four when I landed. And still, I fondly recall my “second childhood.”

My second childhood was when I was introduced to English football (that’s soccer for you, Yanks), rugby, and cricket.

Football - as I’ll correctly call it for the rest of this piece - is not a sport in England. It’s a societal illness.

Everyone watches it. From the cabbie to the City banker, it’s on everyone’s mind for ten months a year.

I quickly learned the language. I had to get up to speed if I were ever to fit in. And it wasn’t that hard when Arsenal was the prettiest football team in the world.

Their hated rivals, Manchester United, were also amazing to watch.

Arsenal-Manchester United matches on a crisp Saturday were my favorite days in the English autumn.

Part of that is because it reminded me of the Giants-Redskins rivalry.

You had Hall-of-Famers on both sides. Arsenal had Thierry Henry, Dennis Bergkamp, and Patrick Viera. Man U had David Beckham, Roy Keane, and Gary Neville.

Both sides were at the top of their game and would fight it out yearly for the Premier League trophy. 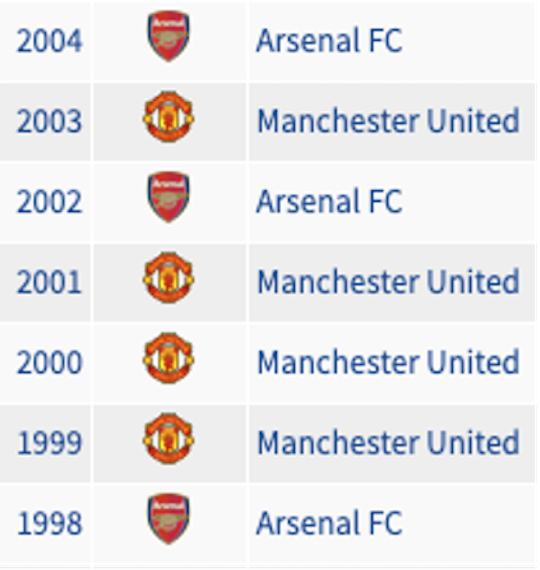 Many of these players have gone on to become coaches and commentators.

Gary Neville, whom I disliked when he played, has become particularly successful as a commentator.

So successful has Neville become as a football analyst, he gets invited onto other shows. (Literate athletes - so very rare - get to cross over.)

Neville hosted Have I Got News For You this past Saturday night, a UK game show. Team Captain Ian Hislop, the editor of the satirical Private Eye, took Neville to task for “taking Qatari money.”

You can watch that conversation and even how so-called British right-wingers get the entire argument wrong.

Neville will be a broadcaster for the World Cup in Qatar for Qatari television.

That seemed to offend Hislop because of the anti-LGBT and alleged “slave” conditions of the workers building the stadiums.

Of course, the British virtue-signaling went into overdrive. Here’s a picture of them applauding Hislop.

Before I go further, I think Ian Hislop is intelligent, and Private Eye is guffaw-inducingly funny. Here’s one of my favorite covers: 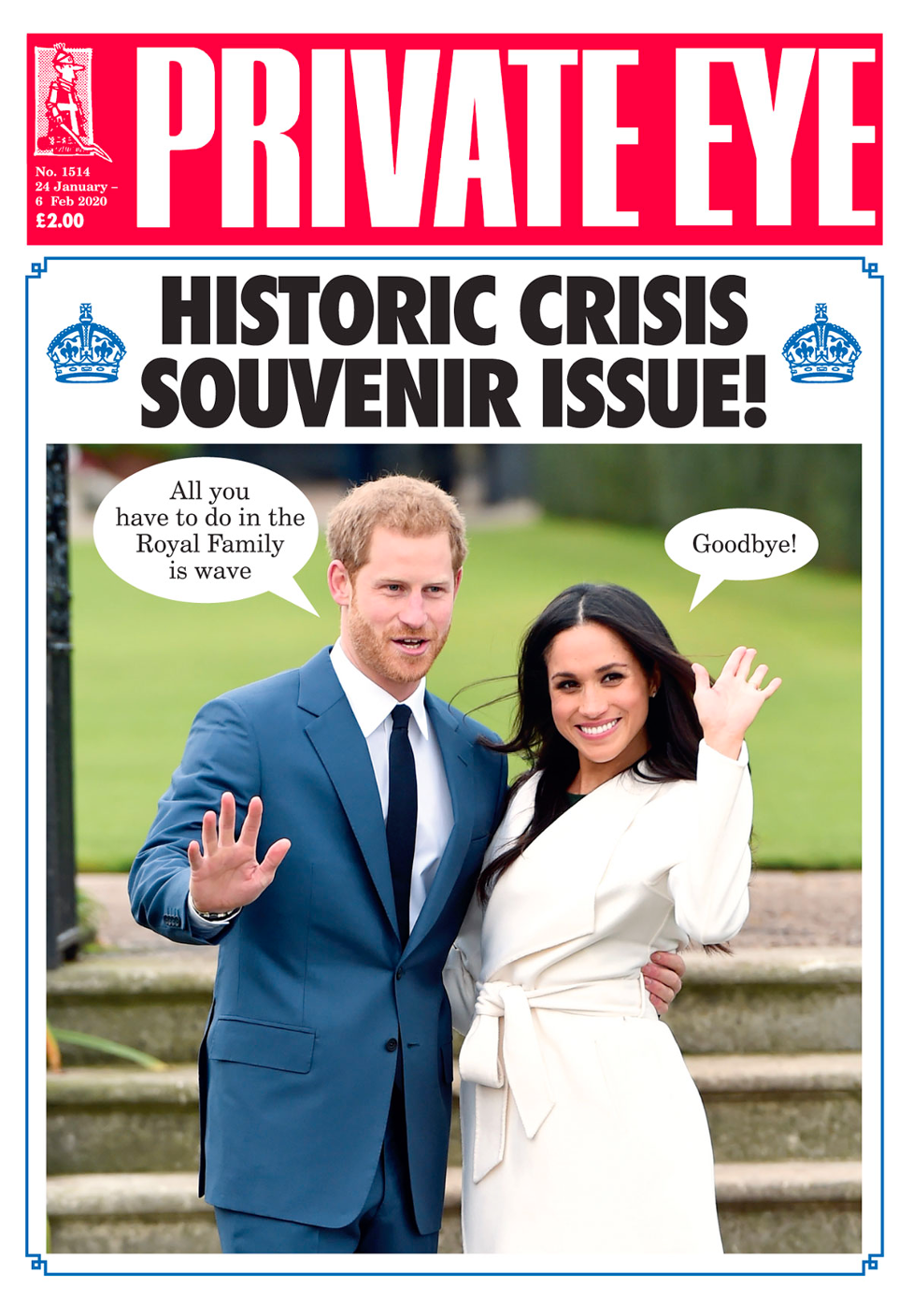 But here, we must remind ourselves of Rothbard:

In fact, here is a better question to ask:

Why Are Ian Hislop and Friends Paying the Qataris for LNG?

Of course, this is a rhetorical question.

We pay for liquified natural gas because we want to keep warm and keep our industries going.

And this is where Hislop and his ilk get into trouble.

If the UK - and many other countries - weren’t paying Qatar for their natural gas, the Qataris wouldn’t have gotten the World Cup in the first place.

Look at the chart below: 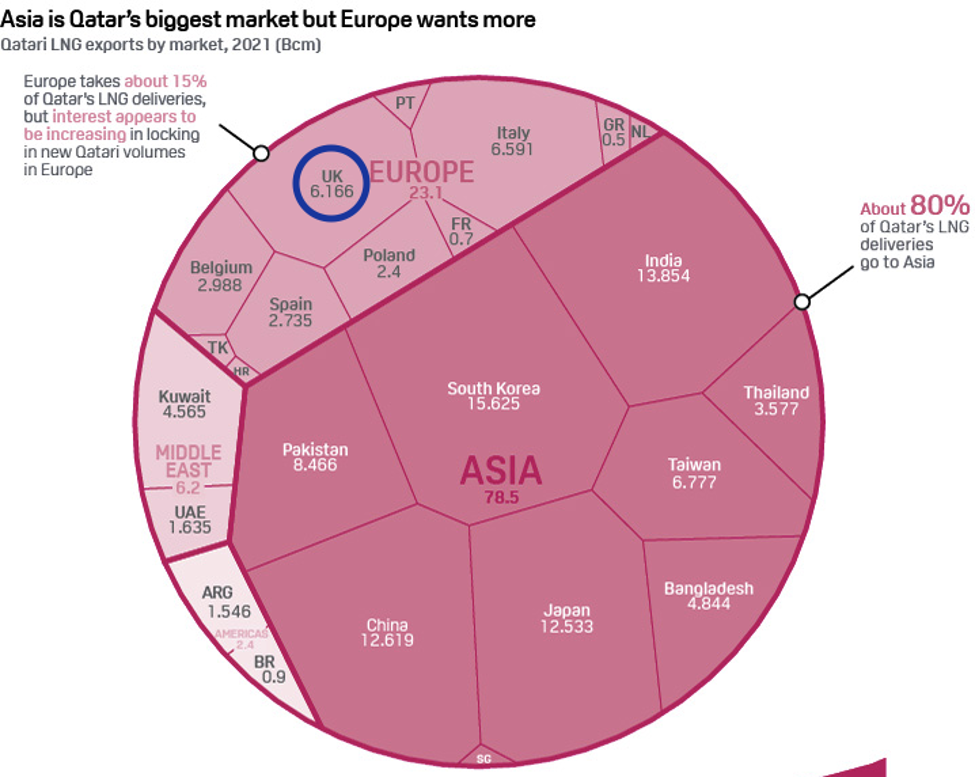 According to the Office of National Statistics, this is where the UK’s gas imports come from and how much it’s paying for it: 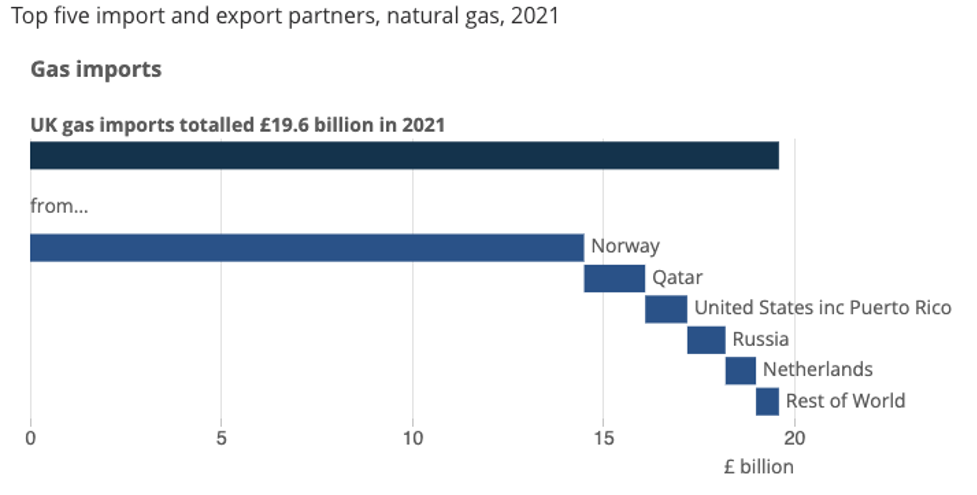 That’s GBP 1.6 billion the UK has paid to Qatar for its natural gas.

On the surface, I’ve got no problem with this. Far from it.

“Fill your boots!” as they say in Old Blighty.

But don’t embarrass a football commentator for going to do his job.

In fact, this is what Neville will do with his money when he gets home:

He’s bringing UK money back into the UK.

Allegedly, Neville is outspoken about LGBT+ issues, and that’s what angers Hislop.

(Even when I watch Premier League here in Italy, I get Italian commentary. So, I can’t hear what Neville’s been saying.)

In Qatar, male homosexuality is illegal, with a punishment of up to three years in prison, a fine, and the possibility of the death penalty for Muslims under sharia law. More from Wikipedia:

However, there are no known cases that the death penalty was enforced for homosexuality.

There are also prevailing cultural mores that view homosexuality and cross-dressing negatively.

The Qatari government does not recognize same-sex marriage or civil partnerships, nor does it allow people in Qatar to campaign for LGBT rights.

That clearly didn’t bother FIFA - the world football governing body - when it not only awarded Qatar the World Cup but allowed them to bid for it at all.

Why Neville should give up millions to make a point escapes me.

This whole episode reminded me of Rosie O’Donnell and Tom Selleck.

Selleck was on her show to plug a movie. She went after him for being a member of the NRA.

Of course, it’s worse in the UK with “tall poppy syndrome.” That’s when anyone who’s successful or making more money is not just allowed - but invited to be - a target.

It’s one of the things I like the least about the UK.

If Ian Hislop is so concerned about how Qatar does things, perhaps he should lobby the His Majesty’s Government to ban importing Qatari LNG.

But he’d get laughed out of parliament, and rightly so.

It’s an inflection vote, which means you need to pull that lever.