It technically is Hump Day, as the clock struck midnight and Iowa Michael demanded his bed.

Travel is invigorating, especially when traveling to one of your favorite places!

“If the world were a single state, Istanbul would be its capital,” Napoleon once said.

I agree entirely with Old Boney.

There’s simply no other place in the world that combines Sydney’s harbour (yes, with a superfluous “u”), San Francisco’s hills, and London’s skyline (though the minarets replace the steeples).

Besides all that, Istanbul boasts fantastic cuisine, a nearly unrivaled history, and a friendly face that belies its toughness.

It’s a city that never fails to surprise you yet makes you feel completely at home.

In this Rude, I’ll walk you through my day in the actual capital of the world.

I didn’t mind flying into the old Ataturk airport.

It was comfy enough.  Well, at least the international terminal was.

The domestic terminal was always hit-and-miss, but I didn’t mind.

However, I finally landed at the relatively new Istanbul Havalimani airport yesterday, and it’s a beauty.

Between you and me, I don’t know why every country in the world doesn’t order the plans of Singapore Changi - the world’s best airport by a country mile - so they can duplicate it.

Instead, Istanbul now owns a version of Hong Kong International Airport on steroids.

It’s an enormous, cavernous, and quite a great airport.

Sparkling and shiny, it can’t fail to impress.

Nevertheless, it did its job well.

Before I left the airport, I needed some lira for the cab and dinner later.

To remind you, the markets have decimated the Turkish lira: 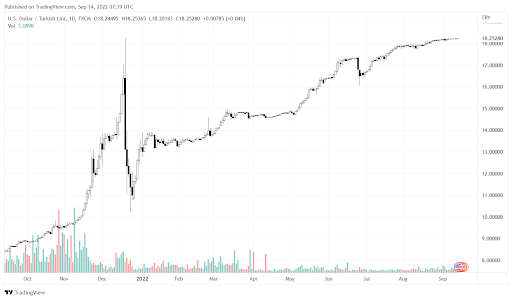 That’s the USD going up (while the TRY is going down.)

Here’s how inflation feels in Turkey.

This is only USD 200 worth of Turkish Lire.

I felt like a rapper about to OD on bottles of Cristal! 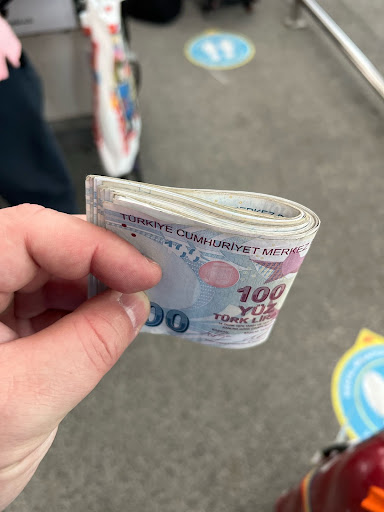 No wonder inflation makes people feel rich (while impoverishing them).

The Ride Down to the Old City

I jumped in a cab to get to the Old City. 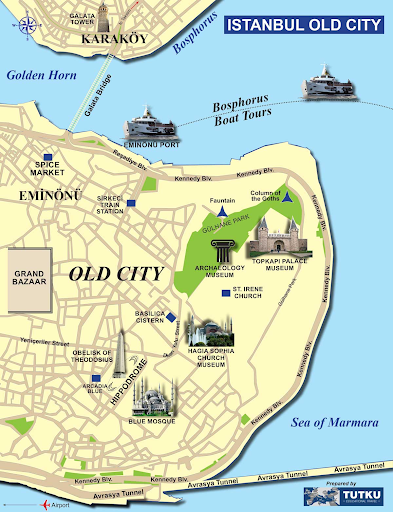 My hotel, the Zeynep Sultan Hotel, Iowa Michael’s favorite, is just by the Basilica Cistern.

We always stay there when we meet in Istanbul.

Shockingly, I didn’t hit any traffic until about five minutes from the hotel, so I got out and walked the short distance.

And walking through Istanbul’s Old City is a treat.

Old City is about as European as you can get with mosque minarets around you.

We love the food and drink there as well.

Big hugs were exchanged between Iowa Michael, Doctor Dutch, and me.

I hadn’t seen these guys in years (literally).

We immediately headed out to a local restaurant for a few snacks.

The lamb chops and Turkish salad were delectable, as were the glasses of Efes, the local Turkish beer.

We then proceeded to the local grocery store to pick up some bottles of wine.

Once we secured our stash, we went to our hotel’s rooftop terrace, where we have this view of Hagia Sophia: 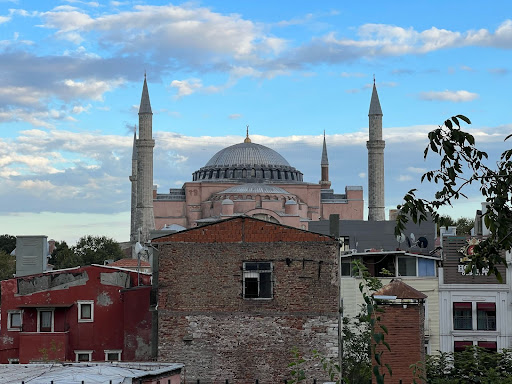 Nothing beats cracking open a bottle of red on a rooftop with your friends with a view of one of the world’s great buildings.

We caught up, as much as we could, on the last three years or so.

But then, we decided to take another walk… to a bar.

After a brief walkabout, we decided to get a drink at the Istanbul Panorama Hotel.

So named for its panoramic view of the city, its dinner terrace faces both Hagia Sophia and the Blue Mosque.

Here’s a pic of Hagia Sophia.  It doesn’t do the view justice. 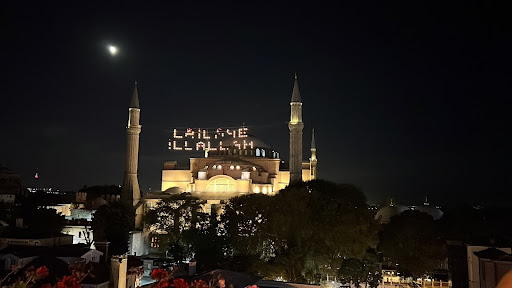 If you recall, Hagia Sophia was a cathedral, then a mosque, then a museum, and now back to being a mosque.

I’m visiting there today and will take some pictures for you if I can.

While enjoying the view, the Turkish wine, Turkish cheese plate, and fried calamari were all delightful.

If you happen to have a Turkish restaurant in your town that you haven’t tried out yet, I can’t recommend it enough.

Finally, it was time for bed.

And I’ve got to tell you; my hotel bed is as comfortable as my bed at home.

What a night’s sleep!

I hope you’re not disappointed about me writing about Istanbul instead of the asinine inflation number that came out yesterday.

If you are, I promise charts and macro is the order of tomorrow’s Rude, and how things got bearish again really quickly.

But today, I just had to share with you my joy.

Istanbul is one of my favorite places on earth, and I’m here with good friends.

I wish you were here with me, too, so we could share the views and a drop of something cheerful.