Good morning from this cloudy, wet Thursday here in Asti!

One of my favorite drinking buddies from Hong Kong showed up in Italy this week. Vikas - known affectionately as “Biggus Vikas” for you Python fans out there - is on sabbatical from the biggest bank of them all.

After inducing a chocolate coma in Turin on Tuesday, we rode into the Langhe Valley yesterday.

Our first stop was Alba, where our appetizer was veal tartare with freshly shaved white Alba truffle on top. Pam and I ate veal ravioli for the mains, and Vikas had the tajarin al ragu.

In the shot below, you can see my barely disguised glee as the waiter sorted out our truffle.

Then we scooted over to Barolo - the actual village where the vineyard is - and devoured a Tagliere plate (like French charcuterie, only better) and some Barolo wine. I drank the coffee, as I was the driving tour guide.

We got back to pick up Micah from school before finishing with a laidback pizza dinner at our favorite restaurant in town.

Before dropping Biggus off at the train station, he gave me this bottle of tawny port. 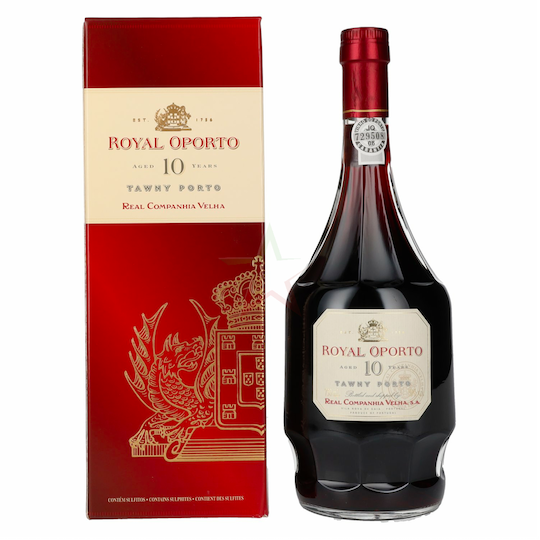 It’s delicious. (I didn’t include a link as prices vary wildly from site to site.)

Biggus mentioned that after I open the bottle, I have six months to drink it.

The bottle won’t see out the weekend, methinks!

Now that you’re all caught up on my revelries, let’s have a serious conversation. 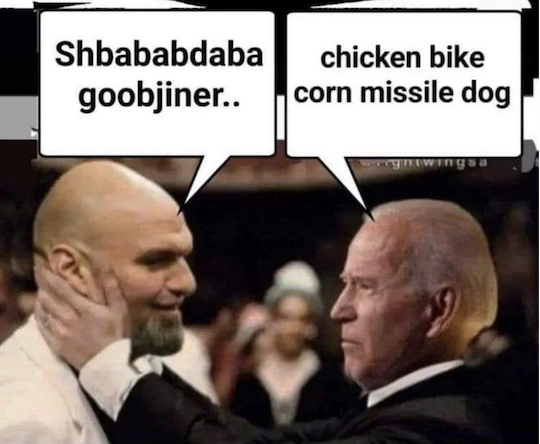 For this conversation, I’m enlisting the help of my friend and colleague Byron King.

For as long as I’ve read newsletters, I’ve admired Byron.

He read the Rude yesterday and agreed with it.

Though Byron’s at a conference in Toronto, he kindly took the time to pass on his thoughts. I’ll thread them throughout this piece.

First reaction as of midnight last night: W. T. F. Me and many, I suppose.

Senator Lurch? The country just had a stroke. Laughingstock to the world. He likely won’t finish his term. That’s the idea.

Florida fixed its decrepit vote system after 2000. Hmmm. Where you have honest voting, Republicans win. Helps to be competent like DeSantis.

There’s no question that the Democrats are more organized and intent on winning at all costs.

The Republicans mistake “decentralization” for “disorganization.”

Even so, Trump’s candidates didn’t do nearly as well as anticipated. And it seems like Trump apologists are blaming this on Mitch McConnell. 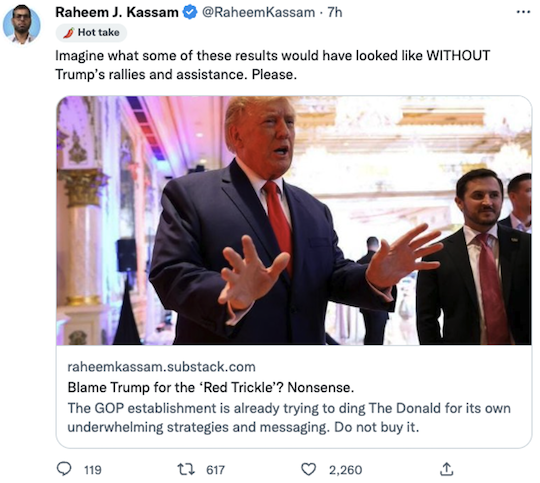 I disagree, of course. Much of this vote was a referendum on Trump. Sadly, he lost.

As for Senator Lurch - that’s John Fetterman - my goodness, this was a real conversation on MSNBC: 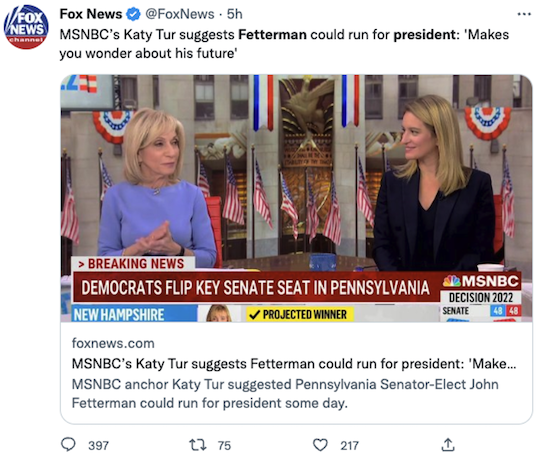 The real question should be, “Would you let Fetterman drive your kids to school?”

The answer is, unsurprisingly, “No!”

Incidentally, here’s a picture of Fetterman asking Tur on a date just as security arrives: 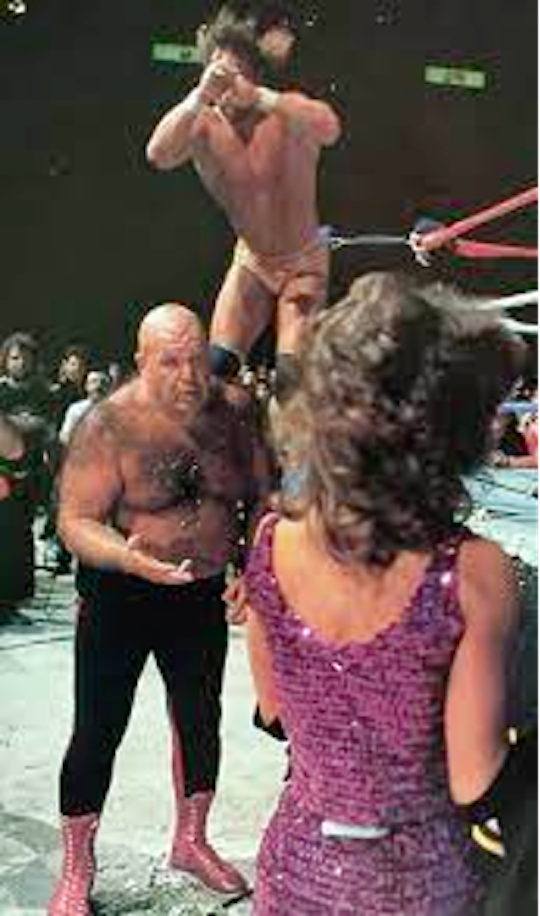 I feel for Byron, as he’s a Pennsylvanian.

In that state, not only do dead people vote Democrat, Democrats vote for dead people: 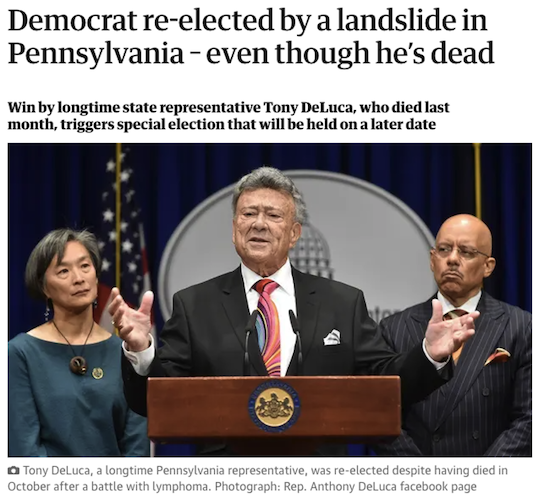 Inflation and the Markets

Nothing much happened last night to fix US energy. War on fossil fuels will continue. Going to be a miserable winter.

At least some of that high Euroland energy price problem will blow back to the USA. Biden Administration will be reactive. Panic. Ban exports or similar.

This was my biggest surprise and takeaway as well.

I can’t believe people didn’t vote with their wallets. Or maybe it’s still too warm for them to feel it yet.

It’s indeed a mess for reasons I’ve beaten to death in previous Rudes, like supply constraints and lack of refining capacity.

The Green New Deal is insanely expensive and doesn’t carry enough power to keep the lights on in America.

Incidentally, this morning’s CPI will be a must-watch number. The year-on-year consensus is 7.9%, down from October’s 8.2%.

If we come in above 7.9%, expect the stock market to tumble.

Good news is that Biden will own it all in 2024. The entire sh!tshow. If he doesn’t stroke out too.

Agree that Trump needs to step aside. He was a moment in time. Cut short by 2020 shenanigans. But in 2 yrs. he’s 78. Right away, that’s too old. His recent big picks cratered. See Pennsylvania. And other big games. Arizona. Michigan.

It’s undoubtedly true that this is now Biden’s time.

But I’m pretty sure Democrat voters don’t care about outcomes. They care only for vague intentions.

Let’s face it: how many Amazon jobs did AOC nix in New York? She still won.

They don’t care. It’s all about the party over the country.

Whereas Republican voters do care about results, and that’s why most are calling for Trump’s head.

It was a tepid result that statisticians and pollsters once again missed.

Incompetent though they are, the blame falls on the leader(s).

And DJT is the self-proclaimed Numero Uno.

The Coming Decline and Fall

We are much closer to USA losing its world uni power position. As of this morning. Great powers don’t put people like Lurch in Senate. The chance for self-correction is lost. The moment came and passed.

This is my favorite of all of Byron’s points: “The chance for self-correction is lost. The moment came and passed.”

Adolescents will push the envelope until someone takes them out behind the woodshed.

And America is the world’s most potent adolescent.

The “Heartland Combo” of Russia and China - and maybe Ze Germans later - will be a powerful counterweight, and perhaps corrective, to any move America makes from here on out.

If you haven’t read my Rude about Halford Mackinder’s Heartland Theory, have a gander here.

A huge thank you goes to Byron King for his great contributions to today’s Rude.

With a hard science degree from Harvard and his outstanding naval experience, Byron provides an invaluable perspective I don’t have, and I’m grateful for it.

Despite our seeming glumness about the current goings-on, we’re optimistic we’ll get through it.

To paraphrase Rick Blaine from Casablanca again, it’s like any other tumultuous historical period, only more so.