But it’s a far darker day in Cryptoworld.

Bitcoin has now dipped under $16,000. I expect it will decline much further.

If you’re into crypto, you’ll already know about this episode. But I hope I add some glaring details that came to light over the weekend.

If you’re not into crypto, this piece is especially for you.

It’ll give you enough background information that you won’t look clueless. And that’s enough for 1,200 words.

To give you a head start, it’s a disgraceful episode that I suspect will bury crypto for about ten years.

Bitcoin will survive. And there will be another bull run… someday.

But not for a long, long time.

Worse, happenings like these lead to calls for regulation instead of harsh punishment.

And in the crypto case, the ultimate regulation is central bank digital currencies. Or, as we call them here at Paradigm, Biden Bucks.

Doomberg published a great piece on this mess:

When Changpeng Zhao (CZ) – founder of Binance, the world’s largest crypto exchange, and rival to SBF – openly questioned the soundness of the FTX/Alameda nexus on Twitter and publicized his commitment to sell over $500 million worth of FTX’s token FTT, panicked customers engaged in a classic run on FTX. The firm collapsed in a matter of days.

It has since been uncovered that SBF was likely using customer deposits at FTX to paper over deep losses at Alameda. It is feared that perhaps as much as $10 billion in customer funds may be missing, which would make this one of the largest frauds in history. Over the weekend, FTX was allegedly hacked and a further $600 million of funds disappeared. This is a fast-moving situation, and at the time of this writing, it appears that SBF is “under supervision” in the Bahamas. No arrests have yet been made. We would be shocked if this does not change soon.

Let’s parse this out.

I know Doomberg thinks this will result in arrests and long sentences. I certainly hope so. SBF needs to get locked up until his awful afro falls out.

But something tells me this is all going to go away.

When I was a young man drinking at Moran’s under the World Financial Center in the late 90s, I drank with all sorts.

But my favorite, to this day, is to drink with older men who’ve lived a good life. They’re chockful of excellent advice.

I appreciate it because they deliver life’s lessons humorously. And that advice is immediately practical.

The advice is more savoire-faire (know-how) than savoire (knowledge).

I remember talking like a greenhorn one night as an older colleague leaned in and said, “If there’s one inviolate rule of finance, Seanie, it’s this:

Never date anyone uglier than you are. It’s admitting defeat.”

I never had, but I started looking around at friends’ and colleagues’ wives.

None had an ugly girlfriend. I mean zero…

See, you can have it both ways!

Here’s SBF and his beloved… 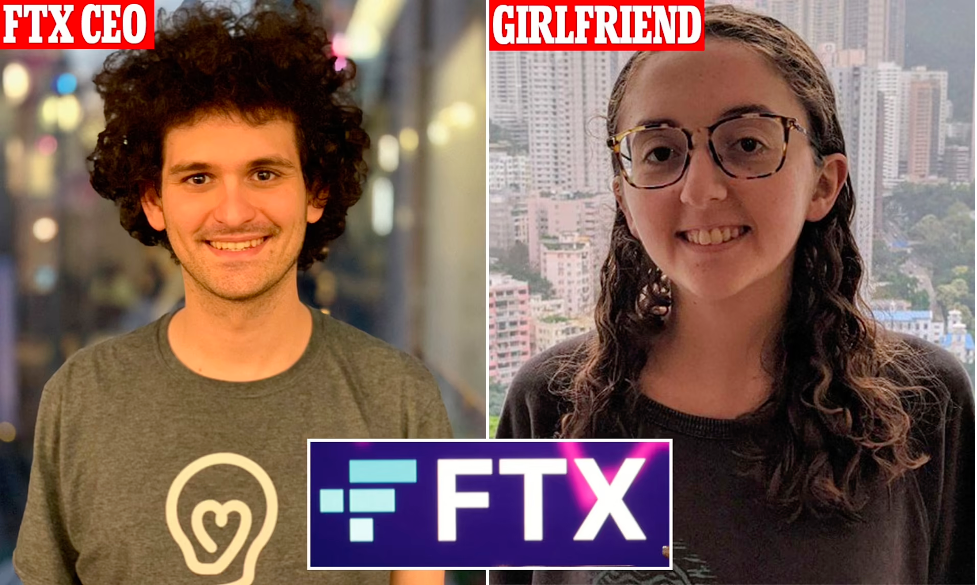 This has got to be the biggest red flag of them all.

No self-respecting billionaire would have a girlfriend like that. She’s got a face like a dropped pie. 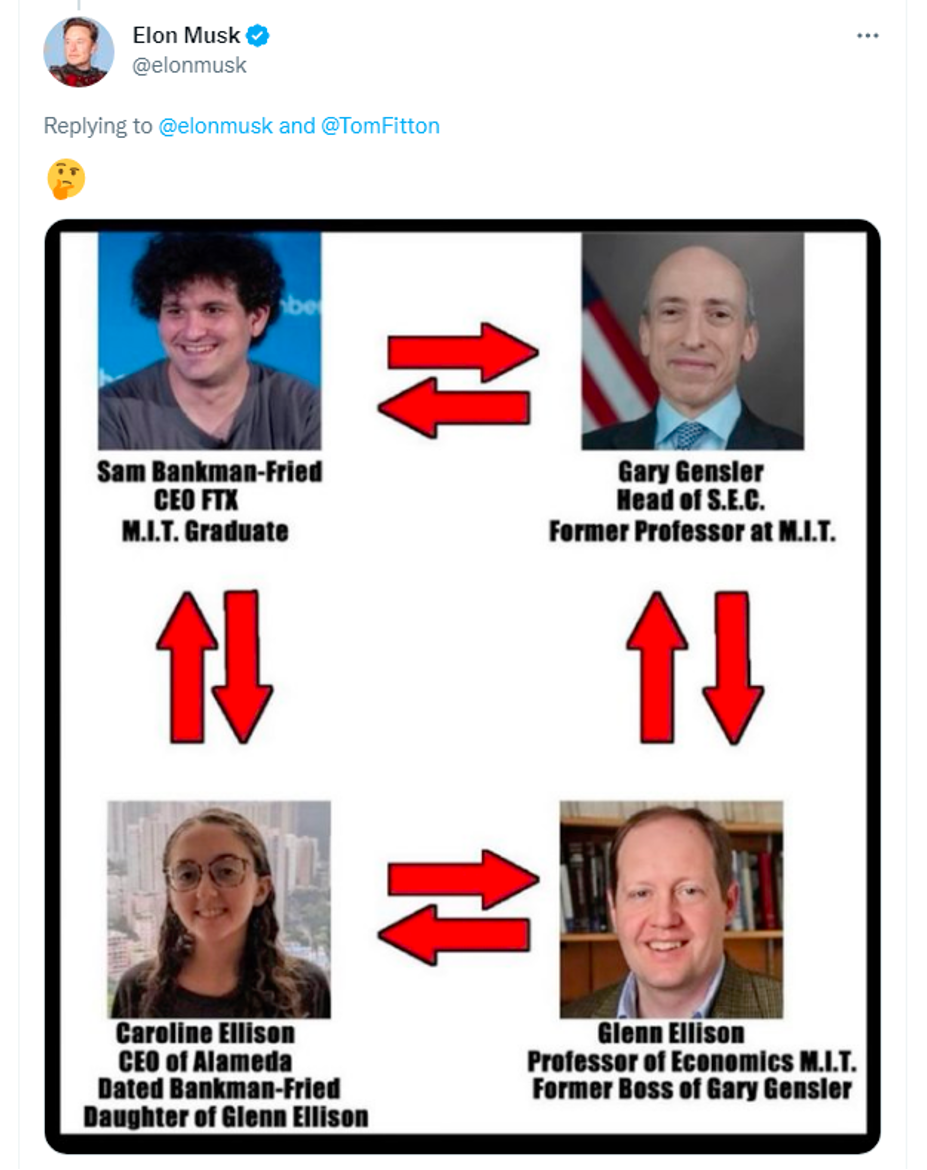 Ok, after that chart, maybe it makes a bit of sense.

But when you have over $30 billion, you’re in “I only date models” territory.

Not “She’s got a great personality” territory.

I remember getting passed over for VP at my bank one year and being pissed off.

My Managing Director threw a party at his mansion the following year, and I brought my new girlfriend.

Six feet tall, had long legs, a great rack, a flat tummy, and a Ph.D. in psychology (though it didn’t help her much).

SBF, His Parents, Biden, and Ukraine

Unfortunately, the Democrats’ “second biggest donor” was also using client funds for that.

And it looks like instead of giving Ukraine weapons, Zelenskyy and his ilk were feeding it back to the Democrats… 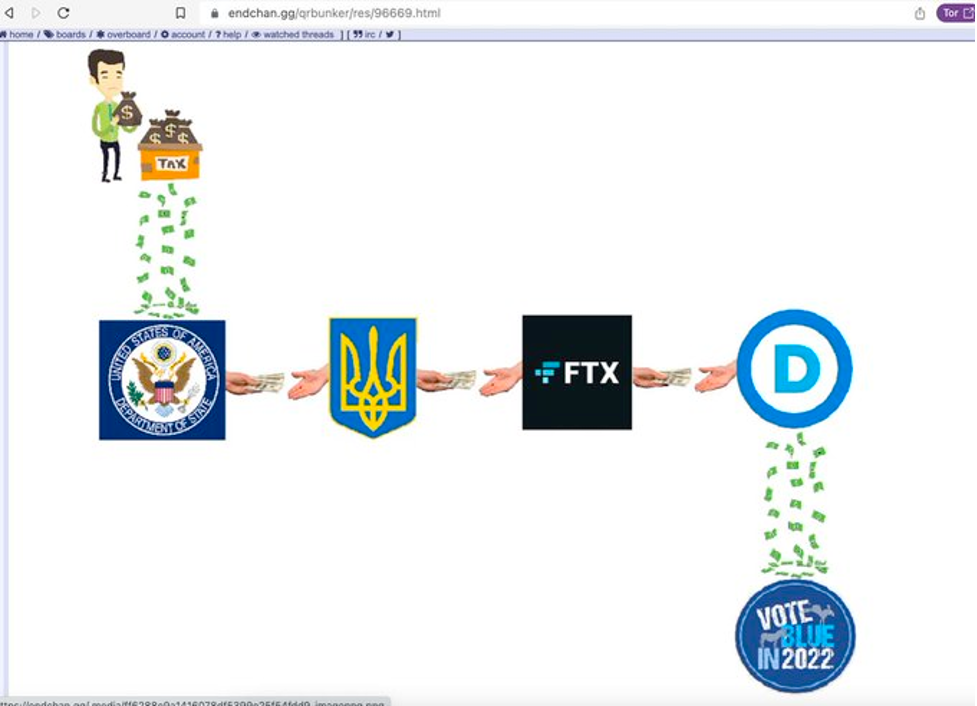 Let me walk you through it.

First, at gunpoint, you pay tax into the US Treasury via the repulsive IRS.

Then, your imbecilic President gives your money to Ukraine for military weaponry. Since Ukraine buys most of that stuff from the US, at least you’re losing your money at your own casino tables. Or so they think.

Instead, the “hero” Zelenskyy “invests” those proceeds into FTX.

Forgetting the sacred border between client money and firm money, SBF becomes one of the largest donors to the Democrat party. In fact, he’s second only to George Soros.

The Democrats use that money to stave off the Red Wave. 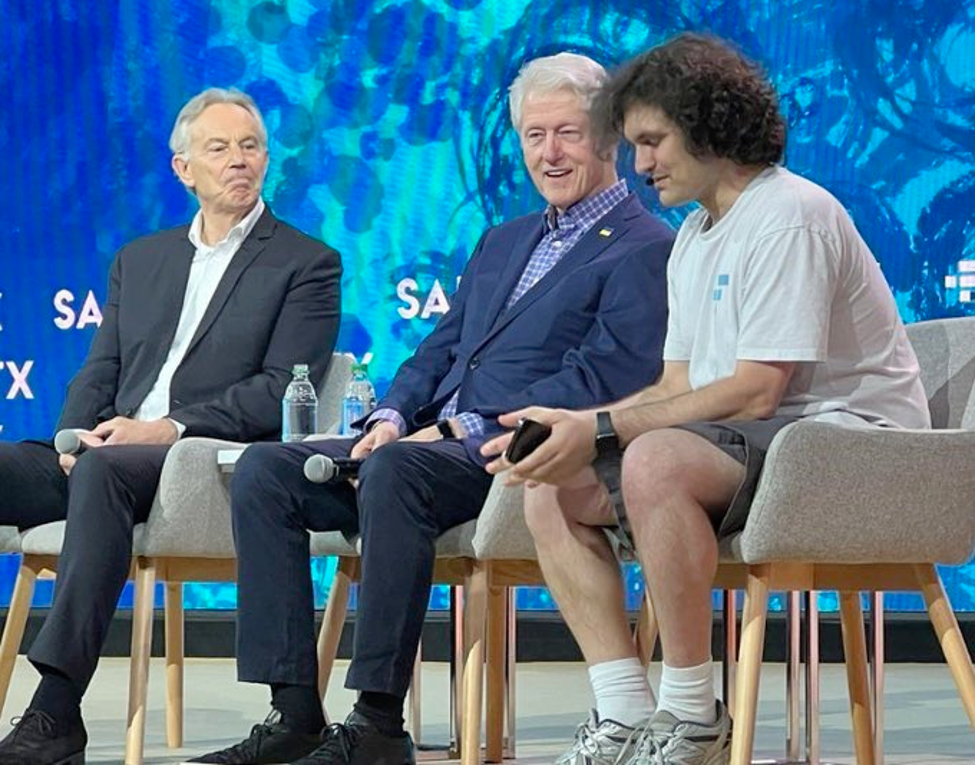 Bankman-Fried with his pet reptiles.

This stinks to high heaven. 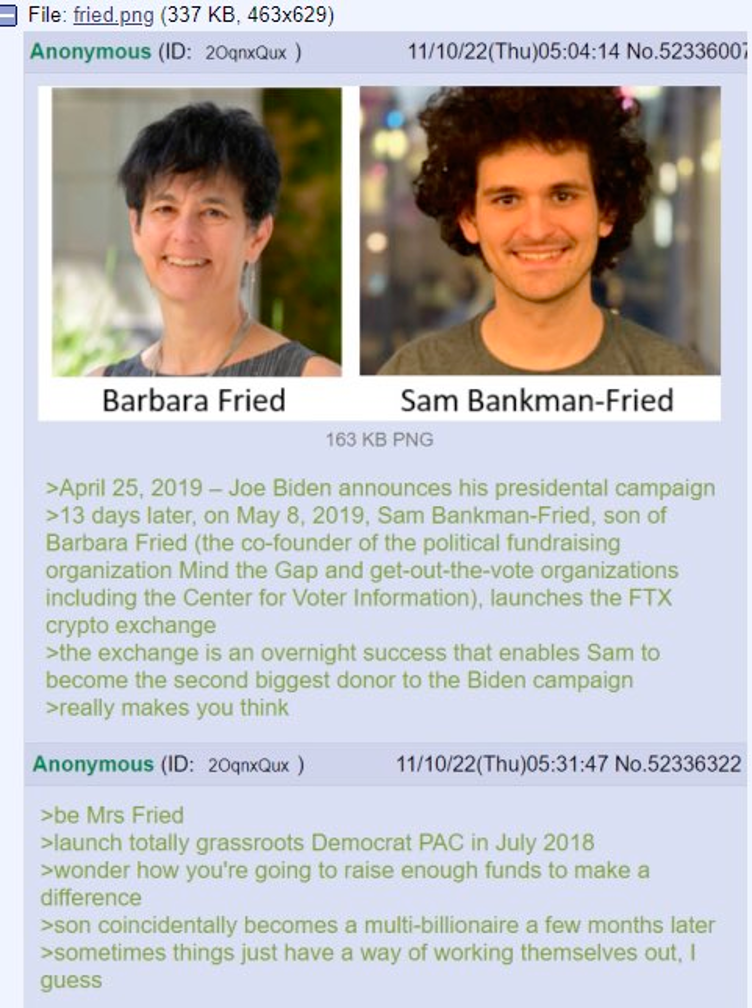 And that’s almost certainly the reason SBF will never be fully prosecuted.

The Dems hid this awful case of fraud they knew about before the midterm elections.

They also hid the myocarditis findings for a few days, as well.

What about student loan forgiveness? Struck down as unconstitutional… after the election!

But from first principles, a business should never mix client funds with proprietary funds.

It’s outrageous. And there are many, many retail investors who’ll lose a great deal of their life’s savings from this.

For some kid with unruly hair to confound those who should’ve known better?

For money laundering proceeds from Ukraine back to the Democrats?

To keep this awful outcome concealed before an election?

Not one of those reasons is good enough.

How the government reacts to this will determine the retail adoption of cryptocurrencies for decades to come.