Recession is Here… Or It’s Coming.

We haven’t seen each other in years, thanks to the government-mandated private-sector shutdown.

He lives on the outskirts of London, so it’s just a quick hop over the Channel, France, and the Alps to get here.

We’re off to the Juventus-Empoli football (soccer) match tonight. The last time I was at an Italian football match was with Trav in 2008! I can’t wait.

Then, we’ll tour the Langhe Valley this weekend. It’s truffle season here, so we’ll go to Alba and Cuneo. They’re right down the road.

Yesterday, I had the privilege of presenting for the Rickards Uncensored Zoom Call.

Thanks to the clowns we’ve got in charge, there was loads to talk about.

But I’m going to concentrate on one thing you’ve probably heard about but may not fully understand.

So we’ll do a bit of theory and practice, and then talk about the implications of a curve inversion. 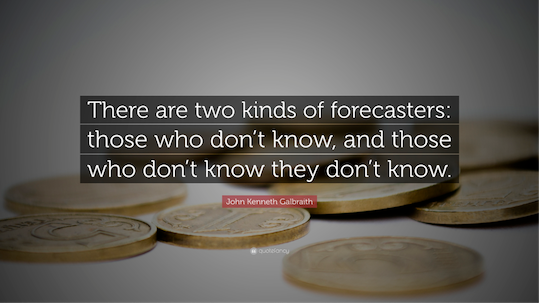 We - and by “we,” I mean economists - are terrible at predicting interest rates.

How much faster do you want to buy your house if you don’t have the cash amount?

That’s what your mortgage rate is really about:  the time value of money.

Though most people think Jay Powell and his crew determine interest rates, they only “target” the overnight rate. The market takes care of the rest. That’s why this subject is so hard to pin down.

But we’ll keep it simple today.

That’s why most fixed-income traders will trade the “curve” rather than a single rate.

What is this curve?

The most observed curve is the US Treasury yield curve.

The most crucial section of the UST curve is the 3m – 10y spread.

Why? Because banks tend to fund themselves for three months and loan out on average for ten years for mortgages and other loans.

The difference dictates how much profit the banks can make from their ordinary business activities.

I’m going to keep this short. And I will overgeneralize. But, if you understand the following three pictures I show you, you’ll be ahead of 99% of humanity.

First, let’s start with the normal curve or the upwards-sloping curve. 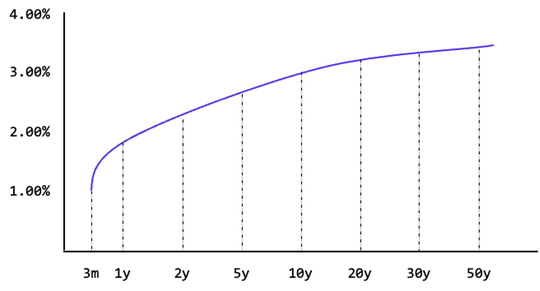 Why would you pay so much interest if you want to borrow money overnight or for a short three months? (This assumes you’re not a credit risk, which is unrealistic.)

But if you were to borrow for a 30-year mortgage, the lender would miss 30 years’ worth of opportunities. So, they’d charge you more for that.

Since Americans, on average, stay in their houses for ten years, the 10-year yield is more important to banks than the 30-year yield.

And they’ll keep lending because of that.

In a growing economy, we’ll see a normal curve.  And if the economy grows quickly, we’ll see the curve steepen.

But the curve will flatten if the economy is stagnant or losing steam.

Of course, below is a stylized schematic.

No curve is ever that perfectly flat. 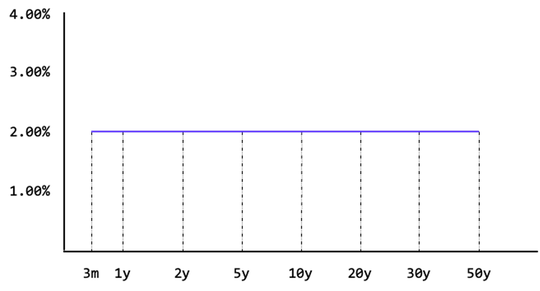 A flat curve, especially after being steep, signals uncertainty.

The market isn’t quite sure what’s next.

Specifically speaking, the 3m and 10-year yields are equal, so the banks stop making money on newly approved loans.

And they’ll be more reluctant to lend.

But if the curve inverts, we’re in a bit of trouble. 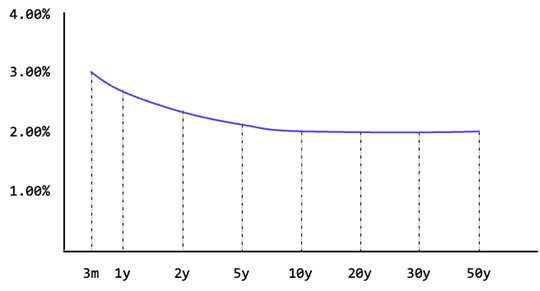 This is where the market believes rate cuts are imminent because of economic woes.

In this case, the banks are losing money on their loans.

If this keeps up, the bank will go bust and close.

Don’t think this can happen?

Here’s a picture of the now-defunct Northern Rock bank in the UK amid a bank run in 2008: 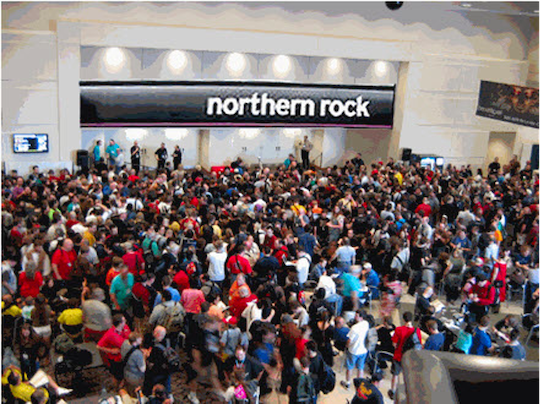 Everyone was trying to get their money out.

Deposit insurance only covers up to a certain amount. Above that level, you lose.

Why are we talking about yield curves today?

And when that happens, we tend to go into recession.

Here’s the data from the Federal Reserve itself:

Those red circles are the times the curve has inverted.

I think we’re already in one.

But don’t take it from me: I think Joke Biden died years ago… It’s just no one told him yet.

On a more serious note, we’ve been contracting for a couple of quarters now.

But the “two consecutive quarters of negative growth” definition for recession doesn’t count anymore… and certainly mustn’t be mentioned before the mid-term elections.

And to be fair, the Atlanta Fed’s GDPNow estimate for GDP growth is near 3%. 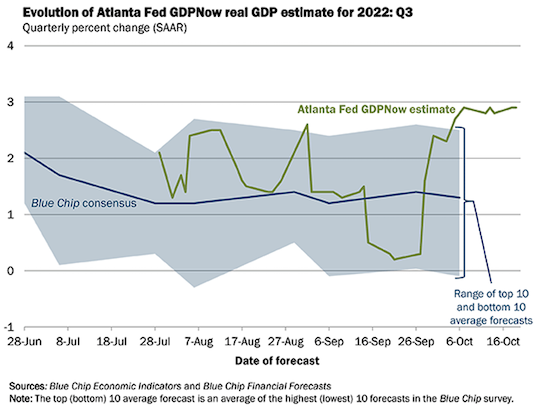 Still, we cannot and must not ignore the 3m-10y yield curve’s warning.

It’s been right every time so far.

The yield curve is a complicated subject that deserves more attention than 1,000 words.

Still, if you understand what we’ve discussed today, you’ll be far ahead of your fellow man.

As Murray Rothbard once said, “It is no crime to be ignorant of economics, which is, after all, a specialized discipline and one that most people consider to be a 'dismal science.' But it is totally irresponsible to have a loud and vociferous opinion on economic subjects while remaining in this state of ignorance.”

Every day we strive to become more knowledgeable and banish our ignorance. It’s the most responsible thing we can do.

And have a wonderful weekend!

Elected or Appointed, Our Officials are Clueless

Democracy confers legitimacy upon the elected, not competence. PhDs confirm a lack of real-world experience.