We’re once again flying through the week.  I’m typing this edition of the Rude on my new Mac Mini.  I’ll get a review out once I’ve used it enough.

But before then, let’s talk about healthcare.

One for me.  One and a half for the government.

When I was a kid in London, I was as clueless as you could imagine.  Gormless, even.

Gormless is the word British use as an adjective to describe a “slack-jawed idiot.”  In a sentence, one uses it exasperatedly as in, “He’s just GORMless.”

I thought taxes were just part of the game.  I never hired an accountant, except for my US tax filing.  I never worried about deductions.

I just paid my “fair share” and went to the pub.

With that in mind, I had a funny conversation last night with a good friend.

From my FB Messenger:

That is a yank thing - hate paying taxes.

In Ireland people live on average to 83 in the US its 78 better health care system (funded by taxes) is part of the answer.

Before I start picking that apart, let me share my own experience with the NHS in England.  Brace yourselves. It’s a very positive experience!

My college roommate Tommy came to visit in London about 20 years ago.  He was the first American friend to visit me, and I’ve always been grateful for it.

The last night before he headed back to Philadelphia, we decided to take it easy and go to my local pub in East London, just off Narrow Street.

Long story short: we got into a barroom brawl.

I swear there have been many evenings where I’ve deserved an ass-kicking.  That night was not one of them.

Towards the end of the fight, some coked-up jackass threw a heavy glass ashtray across the room and hit me just above my left eye.

I dropped to my knees immediately.  My cupped hands held a chalice of blood in them.  As the British like to say, “there was claret all over the carpet.”

Tommy and my other friend Gary rushed me to the Royal London Hospital in Whitechapel, just down the road.

I was drunk enough that it wasn’t so painful.  But I noticed I couldn’t look up on my left side.  The ashtray had cracked my skull, and a piece broke off and sat on my left eye.

Jack the Ripper’s Victims, The Elephant Man, and Me

The doctors needed to numb my head for the pain they knew was coming.  So Tommy and Gary had to hold me down as the doctors administered the novocaine shots.  Ten of them.

I’ll never forget, as long as I live, one of the doctors gently lifting my eyelid off my eye with two fingers.  And then jabbing a shot directly into that eyelid.

I screamed like a teenage girl getting waterboarded.  I’m not proud of that.

Two days later would be surgery.

How lucky I was that the NHS had allocated the best facial surgery team in the United Kingdom to that hospital.

Of course, it makes perfect sense as everyone seems to get glass in the face in East London at least once in their lives!

The doctors were experts.  They didn’t stitch shut the slash across my eye.  They tacked it temporarily to use the slash as the incision to perform the surgery.

Twenty-one years later, you can’t even tell I’ve got a scar under my eyebrow.

I see perfectly - well, I got my eyes lasered years later - but my vision was fine the day I walked out of the hospital.

When the police investigated, they showed me a slew of black-haired criminals, and I couldn’t pick a guy out.

Here’s the onion: they later presented me with a check for 3,800 British pounds as compensation.

I asked the police officers, “Compensation for what?”

They replied, “Because we couldn’t solve the crime.”

I paid off my credit card with that money, but the question that nagged me on that very day was this: “Whose money is this?”

Not only that, but the surgery was free at the point of service.  That means I didn’t pay anything out of pocket.

Well, as I paid huge healthcare taxes even back then, I did pay for it.  But so did a lot of other people, as well.

If you believe paying healthcare insurance is a call option on significant health events like surgery, you’d be okay with this.  If you believe in the fairy tale that all healthcare should be free, then you’d be ecstatic.

It certainly was a formative experience, especially for my politics.

Now before you think I’m a hypocrite, or I want poor people to die in hospital waiting rooms, let’s visit our old friend Frederic Bastiat:

Of course, I, like everyone else, wants nothing but the best for everyone.  And that’s what makes socialism so attractive.  It sounds great, but it doesn’t deliver.

Let me ask you a question: do you want the Biden administration to run your healthcare?

If they’re leaving people in Afghanistan, just imagine what they’ll do if they deem your illness “non-threatening.”

Don’t think that will happen?

And then the abuse of the system.  After all, they’re taxpayers, right? 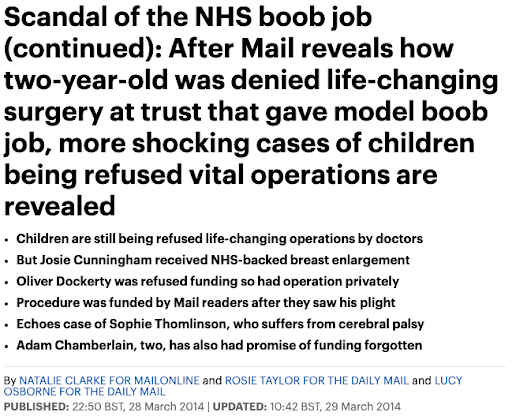 That’s from even earlier.  Of course, you may think this has stopped, but it hasn’t. 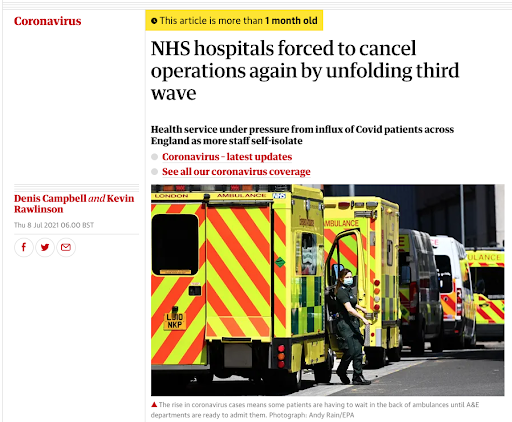 Luckily, the one thing Covid did positively was curtail the amount of free boob jobs given out.

Back to my friend from Ireland.  So where does the Irish health service rank?

I’ve looked at these sites:

Pot luck, if you ask me.  And not worth 40% of your income, even partially.

That the Irish live longer is probably down to food without chemical crap in it, better exercise, and more Guinness.  But that’s just me speculating.

But excessive lobbying, outrageous drug prices, malpractice insurance, and defensive medicine all need to be taken into account.

The USG will not wave a wand to make this go away.

Have a great day!

Why NFTs Are the Real Thing

A terrific Thursday to you!This week has been filled with meetings, assignments, and errands away from teaching. But its been busy as all hell.Last night I was privileged to join...