Good morning from a sunny, warm(er) day in Northern Italy.

We’ve been freezing lately, but this morning was a welcome respite from the raw winter weather besieging our home.

I found a new caffé (two “f”s in Italian) around the corner from Micah’s school that serves the most delightful coffee. Lavazza Riserva would be delicious on its own. But when it’s combined with a barista who knows exactly how to wield the espresso machine, cappuccino magic ensues.

I only recently learned that barista is an Italian term. I had assumed it was Spanish. It makes sense, as most Italians drink their espresso standing at the bar.

Don’t get me wrong. I miss my venti coffees from Starbucks on occasion. But the problem with SBUX is their baristas burn the damn coffee. That’s why the taste is so bitter.

I never wince when I take the first sip of my coffee here in Italy.

And credit to the Aussies as well. Thanks to the vast Italian diaspora Down Under, their coffee tastes better than anything I ever drank in New York or London. No offense, Sydneysiders, but the Melburnians (no “o” when employing the demonym) have you beat.

Ok, I’ve swallowed my two cappuccini and must relay this vital information to you.

Because the market is indeed up. But I’m not sure investors are looking at the correct targets.

Ok, I drew this up for us and will use it to describe what I’m thinking. 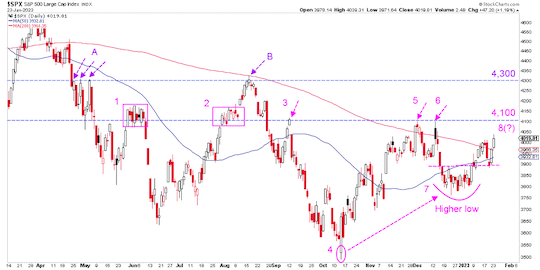 As usual, you have the absolute right to disagree with me.

Second, the real test is not getting above the 200-day moving average. I think we’ve done that.

The real test is the 4,100 resistance level.

To be sure, a resistance level is a price at which an asset meets pressure on its way up by the emergence of a growing number of sellers who wish to sell at that price.

For completeness, a support level refers to the price level that an asset does not fall below for a period.

Walking Through the Story

It made three attempts (the arrows) to break to the upside but couldn’t get it done.

From there, we move to magenta #1.

This is a consolidation pattern in the box - hovering around the 4,100 level. For a time, it looked like it was going to resolve itself to the upside. But that wasn’t meant to be. There was too much selling pressure around 4,100.

Two months later (magenta #2), we saw a similar consolidation pattern which finally resolved to the upside. Alas, a week later, the SPX met resistance at the crossroads of the 200-day moving average and the 4,300 level (purple B).

After a steep sell-off, the SPX challenged the 4,100 level at magenta #3. And failed once again.

Following that failure, a furious sell-off ensued. The SPX bottomed out at 3,500 (magenta #4), the secular low for this period.

By mid-November, the SPX rallied again above the 50-day moving average. Then, at magenta points 5 and 6, again challenged the 4,100 level and failed both times.

But then something different happened.

We made a higher low. This was the first time in a long time we had some sort of technical confirmation that something had changed.

You’ll also notice that the higher low was itself a consolidation pattern that resolved itself to the upside.

And once the SPX got above the 3,900 resistance level, that resistance turned into a support level that the SPX has just bounced off of.

In technical terms, that’s called a “reverse of polarity.”

Now we’re at magenta #8 with a question mark.

We’ve already broken through the 200-day moving average. But can we finally, after five failed attempts, get above that 4,100 level for good?

But supposing we do, the 4,300 level isn’t as significant because we haven’t seen as much overhead supply at that level. So, we can see an extended rally above here.

So, while most investors are already starting to pile in, the smart money is waiting for a definitive break above 4,100.

If you get that, you’ll have your rally.

But that’s not the whole story. 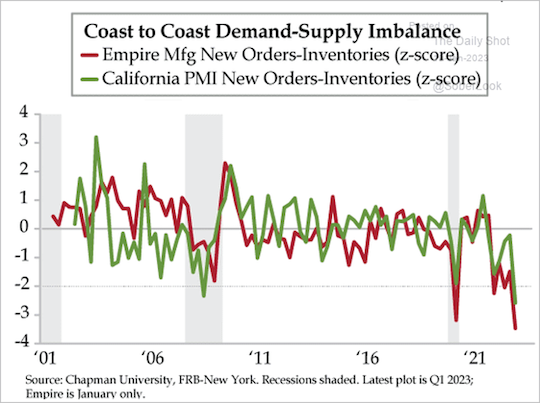 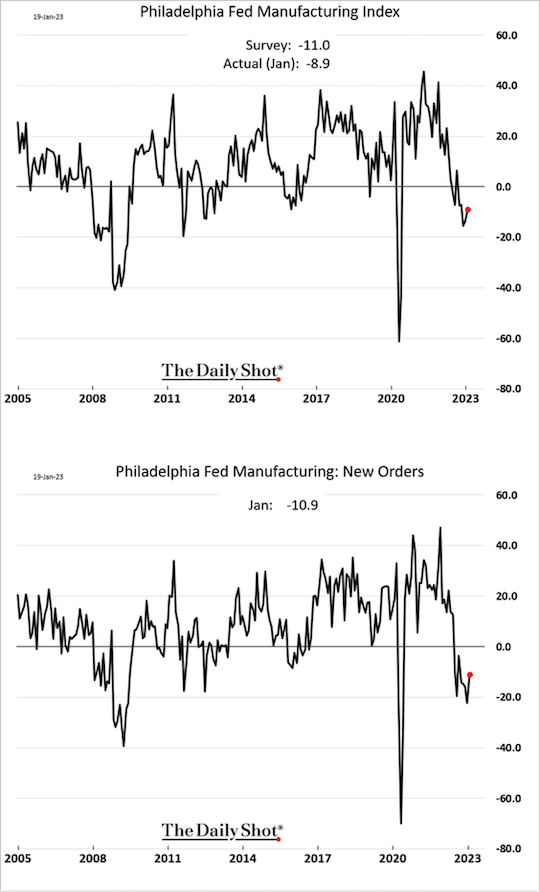 As for the expected employee workweek, that looks rather dreadful as well. 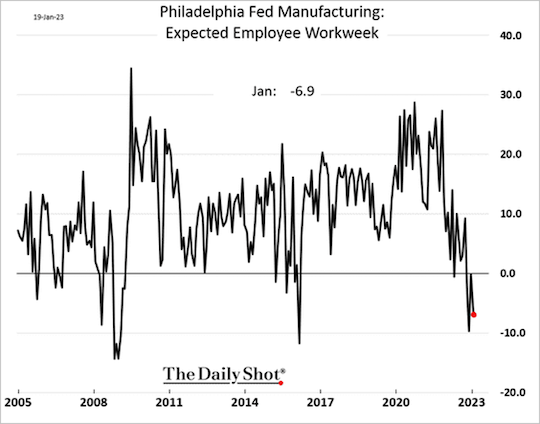 And that will also lead to job losses: 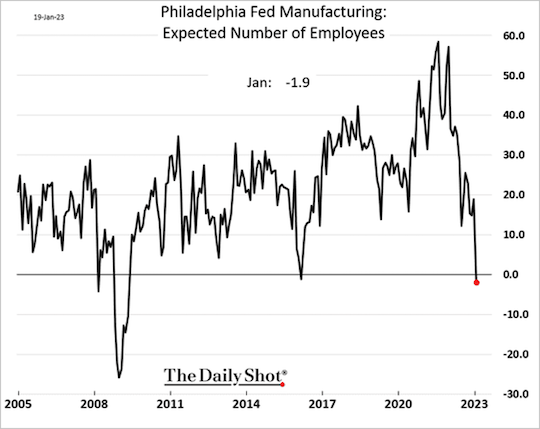 I’ve got news for you: we’re already in a manufacturing recession. And our economy is already running on fumes.

Be that as it may, we may still see the market record gains for the time being.

But I still don’t expect the Fed to pivot for a long time. So, stay safe out there!

Ardern Resigns. Is Trudeau Next?