Once a Penal Colony…

It’s Tuesday, and that means we’re one day closer to Friday.

As someone who has plenty of Aussie mates, thanks to my days in London, I look on the Aussie government’s maneuvers with horror.

It seems the entire Anglosphere has undergone a collective lobotomy, but I never expected it from our formerly no-nonsense cousins Down Under.

Let’s make a quick list of what’s going on what’s supposed to be the calm, cool, and collected part of the world.

From The Times of London: 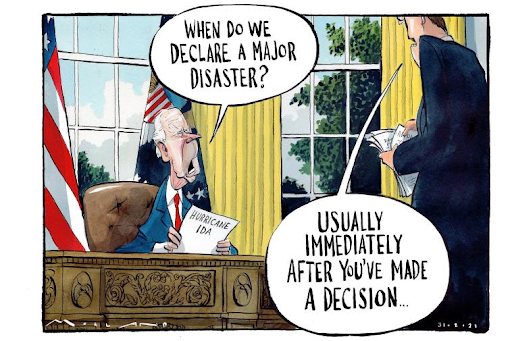 He focused on environmental policies and implemented pet projects like a national carbon tax during the pandemic. He proposed a publicly funded universal child-care program that will cost C$30 billion over five years. Building stronger relations with Indigenous leaders, a government priority for years, has failed. And there are Mr. Trudeau’s blackface scandal and public spats with other members of Parliament, mostly women.

Luckily, he looks set to lose, though that’s no sure thing.

The Anglosphere has gone mad, I tell you… But no country has lost the sense of itself worse than Oz.

Crocodile Dundee Has Left the Building

Like most Americans, my first exposure to the Land of Oz was Paul Hogan in the 1986 classic Crocodile Dundee.

Hogan oozed charm, charisma, and masculinity.  It was a treat to see how people on the other side of the world lived and thought.  And, of course, the hilarity of watching him interact with the rich haves and the freaky have-nots in mid-80s New York City was a delight.

The mistake is thinking all Australians are crocodile wrestling, boomerang chucking country folk. Noteworthy stat: 86% of Australia’s population is urban.

But before I get into the present, permit me to reminisce fondly.

Villanova, pejoratively known as Vanillanova, never quite got the diversity thing right.  If there’s one colossal regret about my undergraduate days, it’s that too many of my classmates were former NJ/PA/MD high school athletes with outstanding high school GPAs.

I met one guy from Norway.  I can’t even remember his name.

But there was no international diversity there at the time.  Going to a school with a more international class of students would’ve been a big help for my stay in London.

At London Business School, only 10% or so of the class was English.  The rest of us were from - if I remember correctly - 65 other countries.  Just going out for a beer was a treat, let alone all the business experiences my classmates were kind enough to share.

One of those classmates, later to become my roommate, was Travis.  I’ve mentioned him before.

Our friendship has forever ruined my accent.

I can’t speak like I’m from New Jersey anymore.  I don’t sound British.  So most people go for Canadian (GASP!).  That’s because I drank far too much beer with Trav.

Trav grew up in Canberra, Oz’s capital.  Like most Australians, Trav is intelligent, level-headed, and has a built-in bullshit-o-meter.

Aussies are a great counter to the neurotic, extroverted, gullible Yank.  Trust me.

Australia has always been considered the level-headed of the Anglosphere.  So what’s going on there now is a complete surprise to me.

Australian arrogance about their homeland seems a bit ridiculous until you see the place.  Pam and I headed to Oz one Christmas.

It was rainy for the first two days we were there.  I was pleased, as Sydney didn’t seem all that.

Then, the sun came out.

Yes, it’s about as perfect a city as you can imagine.  The water in the harbour (yes, with a “u”) is clear.  The bridge is iconic.  The food is to die for.

Later, I visited Melbourne.  I prefer it there, as it’s more like a European city than Sydney.  Sydney has all the good of San Francisco and Los Angeles and some of the bad.

Melbourne is a cultural capital, a piece of Europe on the wrong side of the Earth.  The water, the food, and the architecture are perfect.

Despite the insane taxes and an Inland Revenue service that puts the Stazi-like IRS to shame, I can easily see why someone would never want to leave.

And Then, The Lockdown Lunacy

With the loss of its American colonies in 1783, the British Government sent a fleet of ships, the "First Fleet", under the command of Captain Arthur Phillip, to establish a new penal colony in New South Wales. A camp was set up and the Union flag raised at Sydney Cove, Port Jackson, on 26 January 1788, a date which later became Australia's national day, Australia Day. Most early convicts were transported for petty crimes and assigned as labourers or servants upon arrival. While the majority settled into colonial society once emancipated, convict rebellions and uprisings were also staged, but invariably suppressed under martial law.

Let me list from that article the current idiocies the Australian government has inflicted on its citizens:

The result of this, as Downer writes, is that “large cities like Sydney and Melbourne are locked down right now. In the case of Melbourne — a city of five million people — there have been just 60 new Covid cases a day. Across the country, there are about 800 cases. As a result of this, two-thirds of Australians — some 18 million people — are locked down.”

And what is “lockdown” in Australia?

All bars, restaurants and hospitality venues are closed. Schools are closed. Most shops are closed, with the exception of pharmacies and supermarkets. The public are severely restricted in their movements. State governments close their borders to other Australians. Schoolchildren have missed 27 weeks of classroom learning. Adelaide gets locked down if there are one or two cases of Covid reported, almost regardless of how they have come into the city.

And what’s worse, Covid is back on the rise. 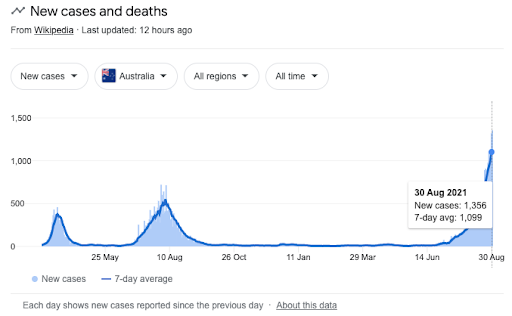 Sooner or later, we’re going to have to admit lockdowns don’t work.

But the worst part is that the populace is generally happy with the lockdowns.  Only 1,000 people have died of covid in Oz during the entire pandemic.  Contrast that with the 3,000 Australians that die every week.

Oz’s public debt has swelled as well, but like America’s voters, they just ignore it.

It’s easy to crack jokes about reverting to history, but Clive James has an interesting take:

Oz is a lovely place.  But for now, and for a long while, I’ll avoid her.

Happy Hump Day!Were back at it, and its time to see what happened last month in the markets.Heres your monthly review.Please send all questions, comments, and issues to asksean@paradigm.press, as...