Hey, EUSSR: Cut a Deal, Before It’s Too Late

As I sit here in the Philippines, watching the slow-motion car crash called “Western policy” - their words, not mine - I have a straightforward question to ask.

Why should John Q Public bear any cost for poor policymaking?

Well, maybe Biden voters.  They deserve it a bit.

But make no mistake: this has nothing to do with patriotism.

Nor does this have anything to do with “solidarity” with the Ukrainians.

After all, wouldn’t it be better to have more money in your pocket to donate to their cause if you were so inclined?

Nope, this is just another psyop.

This is a way to make you feel guilty and then pay for their mistakes without making them pay at the ballot box.

You’re way more intelligent than that, though.

And my God, I hope you make them pay this November.

It’s midterm time then, and since it’s his first (and hopefully, last) term, that means it’s time for a Presidential spanking.

In this Rude, I’ll outline some of the reasons why this “policy” is doomed to failure and why they keep on pressing the point, instead of cutting the deal they need to cut.

I’ll only do five of what I think are the most important, so we keep it short.

One of the reasons I’m so glad I stayed in Asia for these past 13 years is that I’ve got to see things my Western colleagues are entirely unaware of.

UnionPay is the Mastercard/Visa of China.  It’s all over Asia, as ubiquitous as those American cards are everywhere else.

I had both UnionPay and Visa cards while we lived in Hong Kong, and they work the same way.

The Russian banks that Visa and MasterCard shut out are now reissuing their cards for the UnionPay network.

In 2015 UnionPay overtook Visa and Mastercard in the total value of payments made by customers and became the largest card payment processing organization (debit and credit cards combined) in the world surpassing the two. However, only 0.5% of this payment volume was outside of China.

Boy, isn’t this the colossal opportunity the Chinese were looking for?

Tinkoff Bank stated that they had not issued cards with UnionPay, but will begin using the card provider as soon as possible.

It’s an enormous, unforced error for US business.  Thanks, Brandon!

We’ve mentioned this one in an earlier Rude, but it’s worth looking at again.

Russia is a pretty big country.  Even cartographically-challenged Americans know that.

But even before that gas deal in February, there were plenty more. 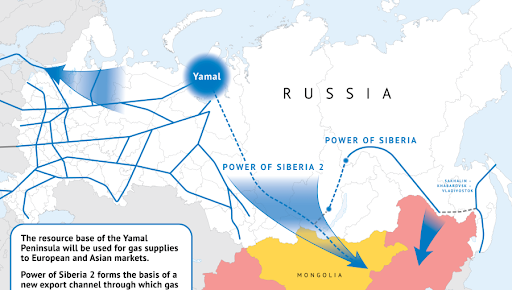 The upshot is this: Europe isn’t the only market for Russian oil and gas.

Honestly, if I were Putin, I would tell Germany, “Fine.  You’ve made yourselves clear.  Let’s never pump any gas through NordStream 2.”

I think Chancellor Cellophane would poop himself.

The US Wants to Import Oil From Venezuela and Iran

I had to, myself.

In fact, the joke Idiot Colbert cracked before telling Americans it was their duty to fatten ExxonMobil’s profit was this:

“We’re going to buy our gas from the good guys… Saudi Arabia.”

Watch the clip here, if you can stomach it.

Nevertheless, there was a grain of truth to what he said.

But like many comedians, I suppose he confused Arabs with Persians.

According to the Journal, and many other sources, Joke Biden is courting the Venezuelans and the Iranians to make up for the shortfall in Russian oil.

As a candidate, Mr. Biden pledged to make a pariah out of Saudi Arabia over human rights abuses and the killing of journalist Jamal Khashoggi.

And because of that, the Saudis aren’t even taking Biden’s phone calls.

He’s painted himself into a corner, much like his Fed chief.

So instead of ramping up US and Canadian production and (wink, wink) opening up the Keystone XL, he’s decided to engage the US’s sworn enemies.

It makes sense to him, I’m sure.

The idiocy of the policy is plain to the rest of us.

Russian Companies Will Pick Up the Slack Inside Russia

Let me ask you a question.

Right now, this very minute, do you trust the government with your savings?

If that’s the case, why do you think citizens in any other country would trust an American, British, Canadian, or Swiss custodian right now?

So it stands to reason that Russians, however much they may or may not trust Putin, would rather see Russian banks, Russian companies, and Russian employees thrive.

Russia’s income tax is only 15%, by the way.  I thought you’d like to know that.

But not only that, European vassals are now suffering horribly under the pretense they’re supposed to care about Ukraine as well, and somehow, Putin will move on to them.

Not European politicians, of course.  Those bureaucrats signaled their dismay with Russia at a recent meeting in Versailles.

Instead of telling the US to stand down, they are now tarred with the same brush.

The recent escalation of U.S. sanctions blocking Europe, Asia, and other countries from trade and investment with Russia, Iran, and China has imposed enormous opportunity costs – the cost of lost opportunities – on U.S. allies.

And the recent confiscation of the gold and foreign reserves of Venezuela, Afghanistan, and now Russia, along with the targeted grabbing of bank accounts of wealthy foreigners (hoping to win their hearts and minds, along with recovery of their sequestered accounts), has ended the idea that dollar holdings or those in its sterling and euro NATO satellites are a safe investment haven when world economic conditions become shaky.

If you want any evidence Russia may be doing the right thing, here it is.  As the kids say, “ACHIEVEMENT UNLOCKED!” 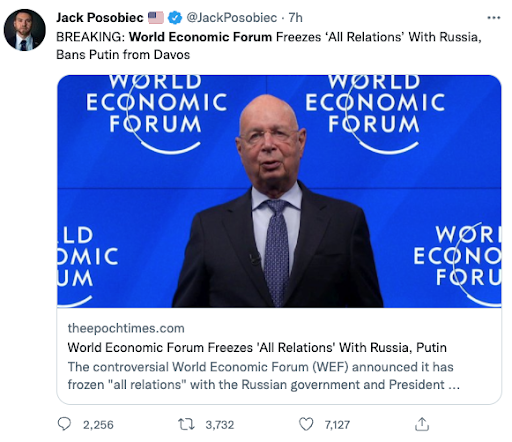 Your Family Matters More Than Your Poorly Run Country

Ultimately, you’ll take care of yourself and yours, rather than your government.

No matter how they’ve tried to destroy the family, the family prevails.

That’s why you’ll look for alternatives, whether it’s another place to live, another currency to buy and sell with, or a job that allows you to move at your leisure.

They still don’t get that.

But you still have the Rude’s Four Pillars of a second passport/residency, an online business, a bit of crypto, and your good health as a guide.

With inflation running at nearly 8% now, your ability to weather that storm will determine the quality of life you can live for years to come.

So start now, if you haven’t already.

Ultimately, this sanction plan will fail because they always do.

Russia is not Iran, and even Iran has found a way to live in their sanctioned world.

China isn’t going to the West’s side, and why would they?

My advice is for the EU/US axis to find a way to save face and cut a deal.

If not, I think there’s a real revolution coming to a street corner near you. 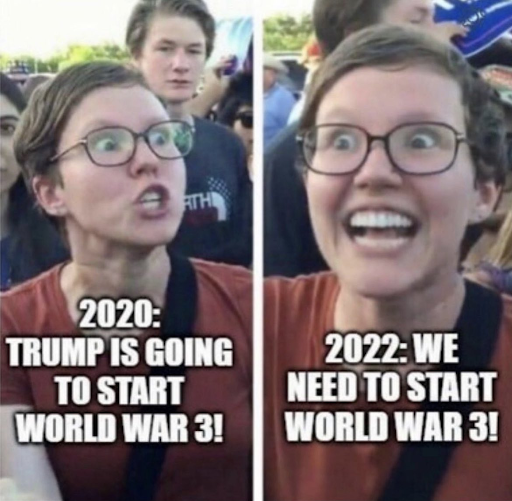 Kamala Harris simply doesnt know what shes doing. If whats left of Bidens brain shuts down, the outcome is actually worse. She regularly embarrasses herself and the country.Happy Monday!I...