Happy Monday!I hope you had a wonderful weekend.Its Saturday as I start to write this, as Im outraged at what GoFundMe has done regarding the FreedomConvoy.But, as I play the long game, Im also quietly elated.One more piece in the all-important Trust Game has fallen.One more step towards the self-inflicted mortality of leftist-controlled tech platforms.It cant come soon enough.ZuckerFaceMetaBookBerg, Netflix, and Amazon are already hurting.But the less visible, but perhaps more insidious, platforms need their comeuppance as well.Hopefully, this will be the beginning of their demise.Im borrowing liberally from my friend Richard Nikoleys piece from his FreeTheAnimal.com. His is an uncompromisingly scathing look at GoFundMe and how they acted so poorly.Ill look at a few other angles as well. Lets start.

According to its website, GoFundMe is the leader in online fundraising.On its About page, it reads:

Our Trust & Safety team works around the clock to ensure your safety and protect against fraud. We also provide the industrys first and only donor protection guarantee. With eight years of experience and the most money raised, GoFundMe has earned the trust of respected institutions and government officials around the world.

Notice it didnt say it earned the trust of its donors?GoFundMe is one of those sites everyone knows about but rarely uses.So when the time comes to use it, new donors expect it to function as advertised.That clearly didnt happen in the case of the Freedom Convoy.

How does it work?

Its supposed to be super simple.You search for the fundraiser you want to donate to.Then, you click on the donate button. Next, you type in the amount you want to donate.After that, you get a confirmation.Thats it.Except when GoFundMe decides when its not.Richard Nikoley posted this picture of all the happy fundraisers for Antifa and BLM:

I mean, its not like Antifa and BLM didnt burn down parts of Seattle - sorry, CHAZ - Portland, and Minneapolis.They were mostly peaceful protests.Well, maybe not to people abroad, but they must be unfamiliar with the American Lefts version of protesting. 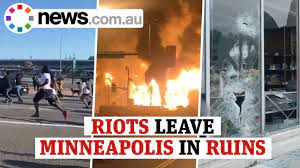 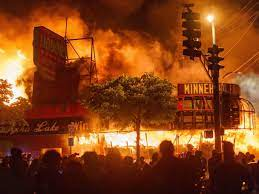 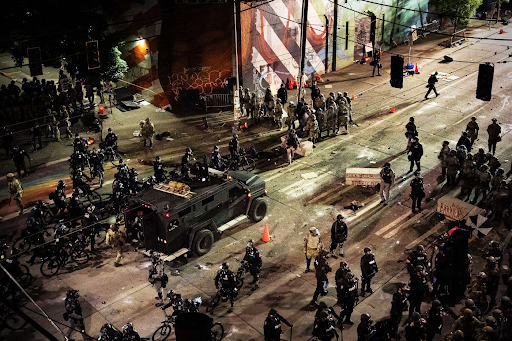 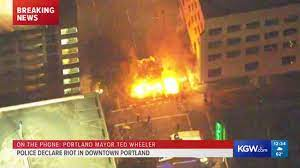 Thats not to mention all the lovely fundraisers for abortion and transgender surgery.Im sure GoFundMe makes sure all the parents involved are completely aware of whats going on.But when it comes to Canadian truckers, the buck stops there!

Why did GoFundMe Do to the Freedom Convoy?

In a nutshell, GoFundMe tried to steal $10 million from the Freedom Convoy fundraiser.Not for themselves. Thats too naked. Too unsubtle.So they tried to steal the money and give it to other charities.How selfless! How brave! How stunning!Except that stealing is wrong. Its morally wrong, especially in this case.GoFundMe thought stealing the money would go unnoticed since the truckers arent left-wing.Its not like they tried to steal from Antifa. Or BLM. Or any other leftist organization.Freedom Convoy is a bunch of rustics, rednecks, and hicks who drive trucks for a living!No one will care, surely!But someone did.Now I do not doubt that the Canadian government covertly - and overtly - pressured GoFundMe to pull the donations covertly- and overtly.They even invented a new term: threat financing.The Canadian Government couldnt allege money laundering or terrorist financing, mind you. Those are legal terms.And theres not one shred of evidence of either one of those crimes being committed.So the Canadian government had to make up a new term.A term that has no basis in law.Let me illustrate.

Financial crime is the umbrella term used to cover all the offenses the government can charge you for related to money.I cover money laundering in an earlier Rude. Let me reiterate exactly what money laundering is:

There are three levels of money laundering: placement, layering, and integration.

Well, theres no placement. We know the money came from charitable donations.Theres no layering, either, as there are no ill-gotten gains, and there arent multiple transactions used to conceal the moneys origin.Finally, theres no integration. No ones buying a house with this money.As for terrorist financing, well, these guys arent terrorizing anything.So Trudeaus government had to make up a cockamamie term like threat financing to make it look and sound like a legal grievance.That fact is Fidelito doesnt have a legal leg to stand on.But GoFundMe caved anyway.Glenn Greenwald wrote at the time: 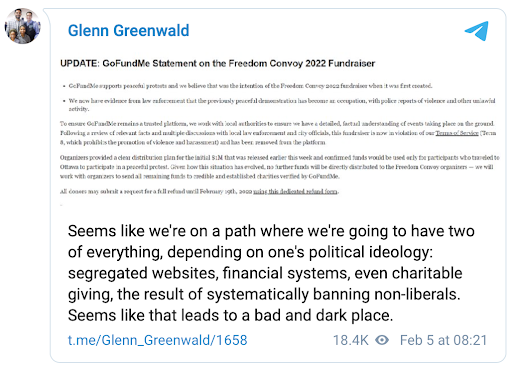 I think Greenwald is correct that segregation will happen.I disagree that it leads to a bad and dark place.We need to trust those with whom we do business.This is a step in the right direction.

Why Does This Matter to You?

Thats simple: blowback, which the Left uses effectively, also works when it comes from the right. 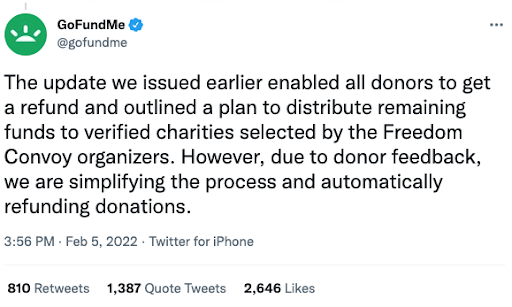 Such was the outrage that GoFundMe rescinded its original plan of dispersing the remaining $9 million to other charities of their choice.Clearly, it would have been right to do this at first.But GoFundMe - like many consequentialists - only cared about its goal of getting the money to its other chosen charities and not about the look of literally stealing money.It also matters because Ron DeSantis isnt always going to be around. 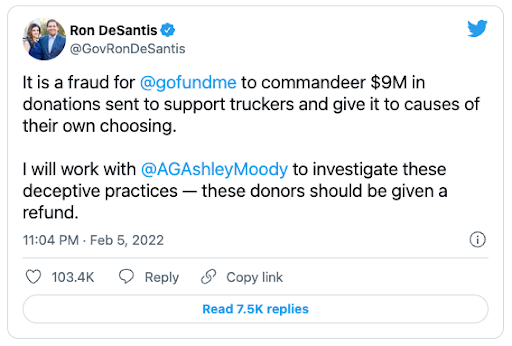 This is legal, real, and undoubtedly made GoFundMe poop the bed.To be sure, this happened seven hours after GoFundMe said itd refund the donors.But I dont know how GoFundMe gets out of this legally unscathed.Im not a lawyer, but it looks like attempted fraud.Finally, it shows there are alternatives. Not all of them are proven, so always be careful.But GiveSendGo has already raised nearly $4 million for the truckers as of writing. 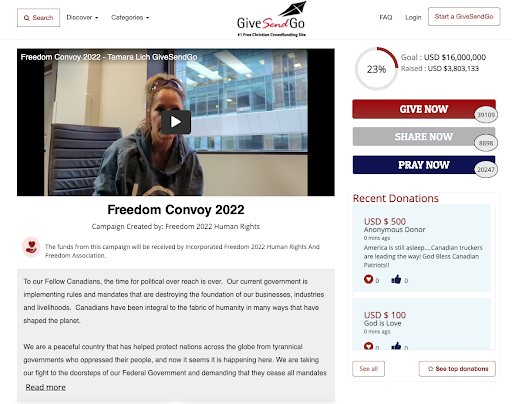 Its great to see.

Id prefer to have apolitical websites we can trust.I dont see us going in that direction.I see an increasingly segregated internet where we do business with people we trust and those companies that provide their promised service.Richard Mayberry once wrote there are only two rules:

He also described political power as the privilege to violate these rules.

But political privilege is tricky, and GoFundMe may not have much of it after DeSantis and other state AGs get after them. If they actually do.

Sure, their company will survive, thanks to their leftist cheerleaders.

But I imagine everyone else will take their business elsewhere.

Ultimately, trust matters more than anything else when it comes to business.

Only deal with those you trust.

Russia will supply China with natural gas from its Far East region. Payment for the gas will be settled in euros, not dollars. In effect, China aids Russia to...