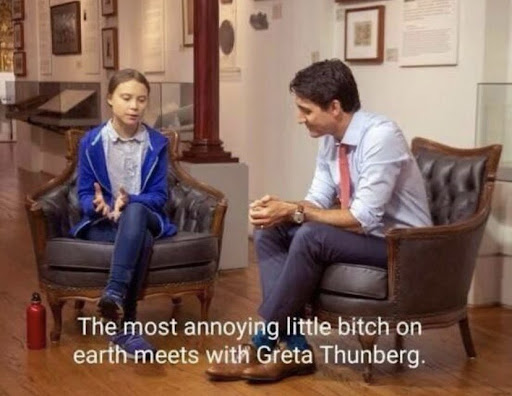 Its a fine, sunny Tuesday here in Cebu.Im trying to enjoy it as were only 44 days to takeoff.Going to my favorite coffee shops and restaurants, driving around town a bit the usual things you do when youre about to say goodbye.Im teaching a webinar over the next two days, so I get up early to write.As I was checking the news, a fantastic Jordan Peterson video popped up on my YouTube front page.Call it confirmation bias, but it feels fantastic when a man of that intellectual stature agrees with everything I wrote a few days ago in the Rude about GoFundMe and their attempted theft.It makes me think Im giving you the best hot takes I possibly can.Watch the video for yourself and compare.Other than enjoying the odd tidbit on the Freedom Convoy keeping on trucking, I had forgotten about them over the past few days.And then, my Google algorithm, thanks to my YouTube algorithm, sent me loads of news.And practically none of it was good.Id go so far as to say the Canadian government has surpassed the Australian government as the nuttiest, most corrupt entity in the Anglosphere.Let me explain.

Trudeau issued the following statement when Fidel Castro finally snuffed it in 2016:

It is with deep sorrow that I learned today of the death of Cubas longest-serving President.

Fidel Castro was a larger-than-life leader who served his people for almost half a century. A legendary revolutionary and orator, Mr. Castro made significant improvements to the education and healthcare of his island nation.

While a controversial figure, both Mr. Castros supporters and detractors recognized his tremendous dedication and love for the Cuban people who had a deep and lasting affection for el Comandante.

I know my father was very proud to call him a friend and I had the opportunity to meet Fidel when my father passed away. It was also a real honour to meet his three sons and his brother President Ral Castro during my recent visit to Cuba.

On behalf of all Canadians, Sophie and I offer our deepest condolences to the family, friends, and many, many supporters of Mr. Castro. We join the people of Cuba today in mourning the loss of this remarkable leader.

Trudeau uses words like President, legendary, and remarkable.As Inigo Montoya might have said, Im not sure he knows what those words mean.Immediately after the statement was released, Trudeau was caught up in a whirlwind of a backlash.Ted Cruz, Marco Rubio, and then-Conservative Party frontrunner Maxime Bernier trashed Trudeau on Twitter. 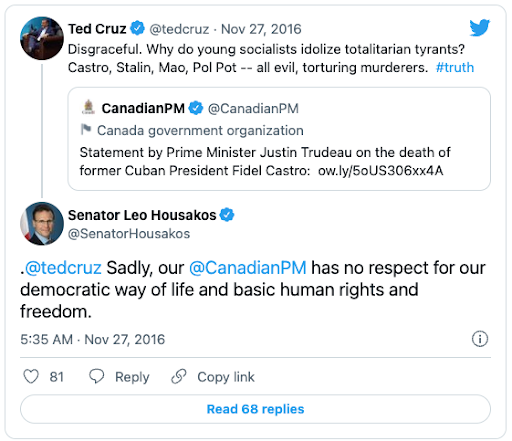 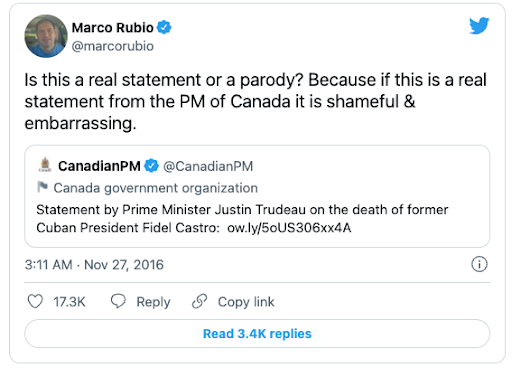 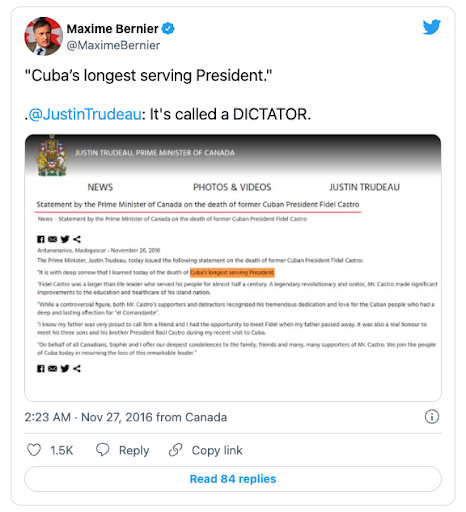 Theres no doubt Trudeau knew that was coming and didnt care.If this is how he truly felt about the Western Hemispheres worst dictator, then Canadians shouldve taken note.

Because Trudeaus conduct is that of a dictator. 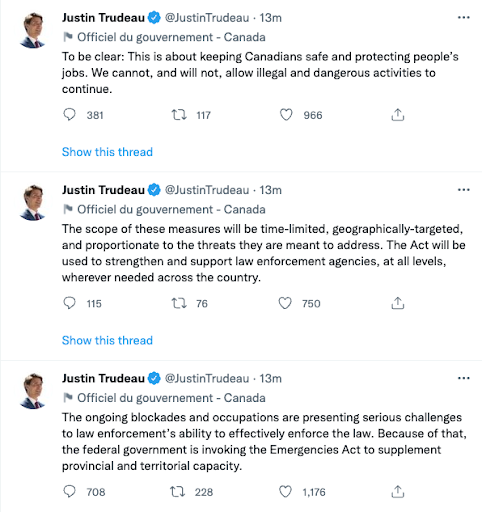 From top to bottom, heres what I think:

To be clear: Canadians are perfectly safe. And I dont recall peaceful protests - and they are indeed peaceful - ever being illegal in the Western world.

Second: theres nothing more permanent than a temporary government measure. There hasnt been a Cincinnatus since, well, Cincinnatus.

Third: What law has law enforcement not been able to enforce?

Again, when persuasion, cajoling, and argument fail, coercion is the order of the day.

So Trudeau decided to do what every politician has done over the past few years: seize power for himself.

The Emergencies Act, which replaced the War Measures Act in the 1980s, defines a national emergency as a temporary "urgent and critical situation" that "seriously endangers the lives, health or safety of Canadians and is of such proportions or nature as to exceed the capacity or authority of a province to deal with it."

It grants the cabinet the ability to "take special temporary measures that may not be appropriate in normal times" to cope with an "urgent and critical situation" and the resulting fallout. It is still subject to the protections of the Charter of Rights and Freedoms.

The only thing endangered is Trudeaus minority government.

Its not like he invoked the Act back in 2017 when antifa (little a) were protesting.

But whats more insidious are Trudeaus plans on how to use it.

Deputy Prime Minister Chrystia Freeland said at Monday's news conference that banks would be able to freeze personal accounts of anyone linked with the protests without any need for a court order.

Vehicle insurance of anyone involved with the demonstrations can also be suspended, she added.

Ms. Freeland said they were broadening Canada's "Terrorist Financing" rules to cover cryptocurrencies and crowdfunding platforms, as part of the effort.

"It's all about following the money," she said.

As I wrote in an earlier Rude, these guys arent terrorizing anything.In fact, the only terrorist act I can see was committed by an anitfa frontman.Nevertheless, terrorist financing rules are now being used against truckers in a peaceful protest.Its beyond reprehensible, and every Canadian ought to oppose it.We can hope that this act will end leftist rule for decades to come.But even GiveSendGo is taking its lumps over its refusal to cave into Canadian governmental and judicial demands.

A quick reminder: GiveSendGo is the website of choice for donating to Canadian truckers after GoFundMe failed in its attempted thievery.Of course, this good deed wouldnt go unpunished.As of writing at 19:56 Eastern Standard Time in the US, this is what GiveSendGos homepage looks like:

But before it got hacked, an Ontario judge granted the Ontario government a petition (see how that works) to freeze the donated funds.GiveSendGo responded:

I hope they get the site back up soon, with better security.Because Reuters later reported that donor names were leaked, along with their email addresses and zip codes.Man, these radical lefties play dirty.Heres their website:

Nice of them to only offer the information to journalists and researchers, aye?

Canadians, their government, and their judiciary should hang their heads in shame over the ridiculous treatment of these peaceful protesters.But whats more important is what you do about it.The most critical next step is to explore cryptocurrencies if you havent already.You need to be in control of your money.And if theres one thing this protest has demonstrated, its this: if left-wing governments and their hacker-collaborators can get at you, youre not safe.Like I said before, dip your toe in. You dont need to - and should never - bet the farm on something new.But over the coming years, I dont see governments letting up.They will use any and all means to control your money.So you need to prepare and organize.Youve got time, but the matter is pressing.Until tomorrow.All the best,Sean

Liquidity is draining out of the US Treasury market. The S&P futures liquidity is also down, leading to volatility spikes. Developments parallel 2008, which was a liquidity crisis first,...