I went to the enoteca the other day. 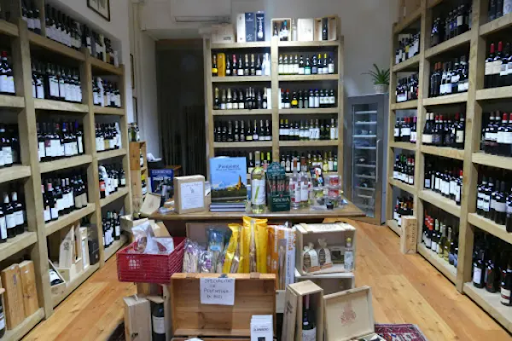 An enoteca is a small wine shop showcasing regional wines, where you can sometimes taste the wine before buying.

I came home with three different bottles of Barbera d’Asti, my new favorite, and will sample at least two of them tonight.

It’s been a long week for me, as I’m still working on all the Italian documentation we need merely to live here.

Italy’s bureaucracy is world-renowned, which is a negative, but at least they’re nice about it.

The Philippines’ bureaucracy was a pain… and nasty to deal with.

Speaking of dealing with stuff, the markets are also having another awful week.

Although yesterday wasn’t the shitshow Wednesday was.

So let’s change tack and talk about the extraordinary Freudian slip our dingbat former President had a few days ago.

The Great Communicator was President of the United States from 1981 to 1988.

Conveniently, that was first grade to eighth grade for me.

Growing up in suburban New Joisey, perhaps you can understand why I thought the whole world was Republican.

No one I knew had a bad thing to say about Reagan, though most were lukewarm at best on Bush I.

My parents especially loved Reagan, because his stewardship of the economy opened up the trucking industry for big profits.

That explains why I don’t have a chip on my shoulder being the son of a “working man.”

I never went wanting for anything in childhood.

When Slick Willie beat Bush I in ‘92, I was shocked.

Not because I thought Bush was a great president, but how was anyone from Arkansas going to run America?

Ain’t that the truth!

After the Republicans retook the House in 1994 with the Contract With America, Bill Clinton shifted hard to the center.

Honestly, he’d be a sensible right-winger if he ran today.

Workfare?  A balanced budget… and then… a budget surplus?

Sure, his wife was another matter.  But she’d never be president, would she?

<Gets on knees and thanks God.>

But when 2000 rolled around, I didn’t want to see Algore (as Rush used to call him) in the White House.

I thought Gore was a “pound shop” Clinton.

That’s the English way of saying a cheaper, lesser version.

The only (un)original idea he had was climate catastrophe.

And that smacker he laid on his then-wife Tipper still makes me wince.

So the idiot son of a former president didn’t seem like such a bad choice.

He’d have all his Daddy’s advisors around him, so he couldn’t screw up badly, right?

Jesus, I can’t believe how naive I used to be.

After September 11th, America was baying for blood.

Though I had already moved to London by then, I sat with mouth agape watching the Twin Towers burn and then fall.

A quick, surgical strike was on order.

Of course, like most things the USG does, it goes too far.

One million people in London marched against the War in Iraq.

I remember saying to a skeptical friend, “If The President is doing this, there’s got to be a good reason.” 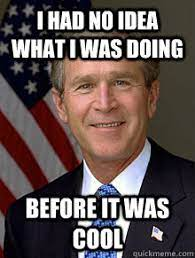 Jesus, I can’t believe how naive I used to be.

My mood turned sour once then-Secretary of State Colin Powell lied to the UN.

The UN knew it.

And worse, it was the first time in my life I knew it.

Now, the fruits of both the Afghanistan and Iraq labors are plain to see.

And while that certainly matters, most people got that sinking feeling of being duped long before the results came in.

That’s part of the reason I found libertarianism.

Immediately after Iraq, the world made no sense to me, either politically or financially.

“How could they lie like that?” I asked myself.

It’s funny because former leftists usually come to libertarianism after they ask that all-important question:

“Who’s paying for all this?”

Hans-Hermann Hoppe is one of those libertarians.

But former right-wingers usually become libertarians when they lose faith in their government.

Paul Craig Roberts, David Stockman, and Tucker Carlson are a few who came this way.

I came this way.

No one likes to be reminded of his naivety, stupidity, and gullibility.

So the less I think about Dubya, Iraq, and my youthful obedience, the lower my blood pressure is.

So you can imagine my rage - yes, rage - when the former Idiot-in-Chief committed the Freudian slip of the century.

Here’s what the Yale grad said:

Russian elections are rigged.  Political opponents are imprisoned or otherwise eliminated from participating in the electoral process.  The result is an absence of checks and balances in Russia.  The decision of one man to launch a wholly unjustified and brutal invasion of Iraq... I mean of Ukraine.

After he realized his brain had frozen, he quipped under his breath:

And his audience laughed their asses off!

These goddamned sycophants didn’t have the good taste to put their heads down or gasp loudly.

And my blood boiled.

The link I added above is a cut version of the speech, with a young man who served in Iraq screaming at Bush for having all his friends killed on a false pretense.

It’s a powerful reminder of the costs of war.

And that particular war has driven America to the brink of bankruptcy, both financial and moral.

Never underestimate the stupidity of the American voter.

Usually, I attack the left and their idiocy.

But right-wing stupidity has cost America more blood and treasure than I can count.

Can you imagine how great the place would be without all the debt and money printing brought on by silly foreign adventures?

Sure O’bomber didn’t stop the wars.  In fact, that Nobel Peace Prize winner escalated them.

And Trump, while not starting any new foreign wars - thank heavens - still kept much of the drone bombing going.

As for Joke Biden, he’s about to start World War III.

Unfortunately, the only way I see out of this is for America to stop funding foreign misadventure.

But more unfortunately, that’ll only come at the price of America’s economic and financial bankruptcy.

With all that said, grab a nice adult beverage tonight and enjoy your weekend.

The SPX is down only 19%, so it’s still a bull market. That’s arbitrary nonsense, as the market peaked in December. The average stock on the NYSE is down 34%. Happy Monday to...