It’s colder than a penguin’s pecker this morning in Asti.

Good morning to you for this short week, thanks to the Thanksgiving holiday.

There will be only three original Rudes this week, including this one, and a pair of golden oldies for Thursday and Friday.

I know I don’t usually write about single stocks.

But since Disney owns our childhoods, it’s a special stock. And something special just happened.

This weekend, Disney’s board fired Bob Chapek, its listless CEO, in favor of Bob Iger, its former CEO.

So, to fire its CEO after such a short tenure is something that hasn’t happened since Ron W. Miller, Walt’s son-in-law, was forced out in 1984 after a year in charge.

There’s no doubt this is a seismic move. But will it produce outsized results?

In this edition of the Rude, I’m going to mouth off about Disney, its screw-ups, and how it could quickly fix its offering.

But before I do, let me show you where I stand on the current state of Disney.

Like most people my age - I’ll be 48 next month, for crying out loud! - I grew up with Star Wars everywhere.

I had all the toys, watched the trilogy as much as HBO would allow me, and pretended I was Luke Skywalker when the plastic lightsabers came out.

As for Marvel… well, it’s tough to believe it now, but Marvel sucked for most of my childhood. Except for the live-action Spider-Man and Hulk series and the X-Men cartoons, Marvel was in and out of bankruptcy proceedings and couldn’t get its shit straight.

Well, until Robert Downey Jr. did for Marvel what his friend Johnny Depp did for Disney with the Pirates of the Caribbean franchise.

As for animation, who isn’t a fan of the Disney classics?

From Bambi to Robin Hood to Snow White, down the ages to Aladdin and Beauty and the Beast, most of their offerings are classics.

But when your kid is a rabid Star Wars fan, you’ve got to have it, right?

Not everyone agrees, which is why DIS’s numbers are so poor.

Meet the New Boss, Same as the Old Boss…

Bob Iger presided over Disney during the “steroid era” of business.

But it was so fleeting I don’t think it counts for much, especially among blue-chip companies.

So, 2005-2020 was one big money-printing era that made CEOs look much better than they actually were.

The non-stop printing artificially raised stock prices and allowed companies to borrow at any unprecedented rate to finance expansion.

And what were the big acquisitions of the Iger era?

Each of them was a good move, to be sure. And it allowed Mickey Mouse to be united with Buzz Lightyear, Iron Man, Darth Vader, Indiana Jones, and the X-Men.

As I said earlier, Disney owns our childhood. Quite literally.

CEOs who are great at acquisitions aren’t the same as CEOs who organically grow what they have.

We’ll never know about Chapek, as he got the boot long before we would’ve found out.

But we know Iger is an acquisition CEO. And with the money drying up, I suspect his second act as Disney CEO won’t be as successful as the first.

After all, how could it be? 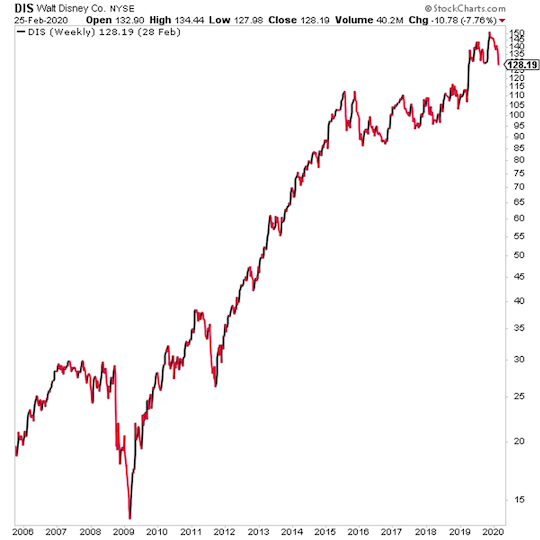 DIS’s share price was up over 6x during Iger’s reign.

I’m only wondering right now why Iger retook the job.

Perhaps he thinks he can make up for Chapek’s poor performance. Here’s the chart since Chapek took over: 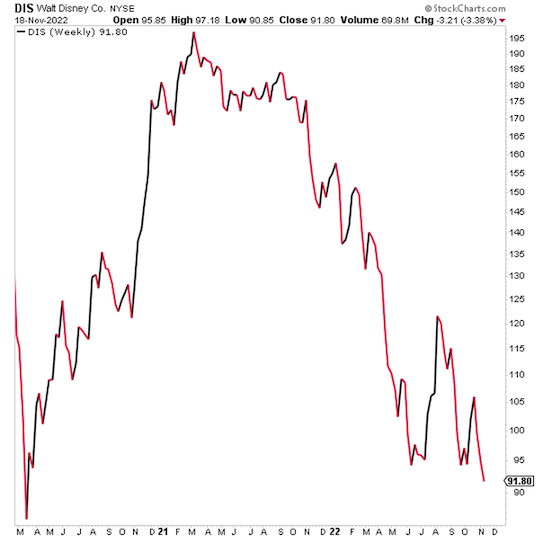 Allegedly Chapek and Iger didn’t get along. The stock price would certainly be a bone of contention.

Why You Never Apologize.

Bob Iger is famously progressive and once considered a run for the Democratic nomination.

Bob Chapek is a Catholic who didn’t get that memo.

So, when Ron DeSantis signed the Florida Parental Rights Act into law, Chapek refused to get into the debate.

The Parental Rights in Education Act, described as the Don't Say Gay law by its opponents, is a Florida state law introduced and passed in 2022 that outlines new statutes for public education, which prohibits "classroom instruction" on sexual orientation or gender identity in "kindergarten through grade 3 or in a manner that is not age appropriate or developmentally appropriate for students in accordance with state standards" in public schools and prohibits public schools from restricting parental access to their student's education and health records. Florida Governor Ron DeSantis signed the bill into law on March 28, 2022, which became effective on July 1, 2022.

Iger went behind Chapek’s back and started talking badly about how Chapek wasn’t a strong enough “ally.”

That led to this cringe-worthy apology and DeSantis removing Disney’s special tax status within Florida.

What did Disney think it was going to do? Airlift an entire theme park to California, where it already had a park? Plain stupid.

The M-She-U and Star Wars.

I thought the Florida thing was the beginning of the end for Chapek.

But really, it was letting Kevin Feige and Kathleen Kennedy keep their jobs.

I once credited Kevin Feige as the most remarkable “entrepreneur” in Hollywood.

Because only a special kind of entrepreneur could organize all those Marvel storylines, budgets… and egos.

But now, he’s replaced every male hero with a female one, and quite frankly, the Marvel Cinematic Universe sucks. 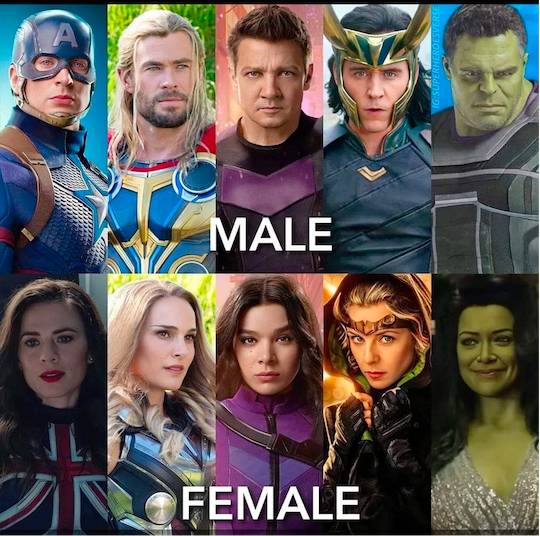 This doesn’t include Ironheart and the new Black Panther, both 100 pounds soaking wet if they’re lucky.

Almost no one is watching the MCU on Disney Plus because it’s not worth watching.

Kevin Feige has approved of this disaster and needs to go.

As for Steven Spielberg’s old secretary Kathleen Kennedy, her reign at Lucasfilm has been riddled with failure.

Indiana Jones and the Kingdom of the Crystal Skull was a disgrace to the franchise. And apparently, Indy 5 is so bad they had to drag 80-year-old Harrison Ford in for massive reshoots.

As for Star Wars, every storyline with old characters is merely a vehicle to introduce new characters no one cares about.

The sequel trilogy was an abomination. That JJ Abrams can still get work in Hollywood is beyond me.

The Disney Plus series has only brought on “Star Wars apathy.” No one cares about it anymore except when they fancy watching the old films.

Rehiring Bob Iger was not.

Finding new blood to replace them is critical to Disney’s future.

I wish them luck. Maybe something on Disney Plus will be worth watching someday.