What’s a Few Trillion Between Friends?

It’s Monday, and I’ve got a helluva week coming up for you.

I’m glad to be back after Marin’s week at the helm, rejuvenated and ready, thanks to DC’s nonstop idiocy.

I hope you had a restful weekend.  Though I’m sure if you’ve been watching the news, you’re probably not all that happy.

Today, let’s talk about the votes, implications, and surprises of the bill passage that makes Biden the FDR of his day.  (That’s not a compliment coming from me…)

The Squad Voted Against

There’s just no pleasing some some people.

The Squad was upset about the lack of social spending in the bill.  (They shouldn’t worry: there’s another 12-zero package on the way shortly.)

According to the Boston Globe, Pressley wrote, “I refuse to choose between the livelihoods of the union workers who build our highways and bridges, and the childcare and healthcare workers who care for our children, elderly, and disabled loved ones. I refuse to choose between our crumbling roads, bridges public transit system, and our crumbling housing stock. I refuse to pit community member against community member.”

Huh?  Every time she votes to take money from taxpayers to spend on anything else, she’s pitting community members against eash other: the productive ones against the parasitic ones.

13 RINOs Voted For It

Here’s a list of the Republicans - at least, that’s what they call themselves - who voted in favor of the bill:

As so much of the bill goes to rebuilding the train tracks in New York and New Jersey, it’s easy to understand - but not condone - the highlighted congresspersons’ votes.

The pork in the Tri-State area is the thickest.

After all, Murphy only snuck back in as governor.  The peeps of Joisey are tired of paying insane amounts of tax, and the burden will only get higher after this bill passed.

And going by Richard Mayberry’s “cone theory,” I’d look to see how these republicans will get rewarded for switching sides.  My guess is it’ll be far more than 30 pieces of silver, worth only $750 in today’s fiat.

Why is the Government Directing Where This Money Will Go?

Take the loans from the SBA, by all means, just don’t take their advice.

The Department of Education doesn’t educate.  (US students have been fair-to-middling at best.)

So why on earth does this bill give the Department of Transportation the power to choose which projects go ahead and which ones don’t?

According to the Wall Street Journal:

...this bill includes dozens of competitive grant programs—many of them new—in which the Transportation Department will pick recipients from applications by state and local governments.

That means Transportation Secretary Pete Buttigieg and other top officials will have a greater say in which projects get selected for funding than their predecessors.

Buttigieg is Harvard- and Oxford-educated.  His parents were professors at Notre Dame.  (Though his father being a Gramsci fan should send a frisson up any freedom lover’s spine.)

He was a McKinsey consultant and served in the US military.

Undoubtedly, he’s got a stellar CV.

But that doesn’t mean he knows anything about infrastructure.  And he’s certainly not qualified to judge these projects from any perspective other than an NPV one (net present value: I’ll assume he learned that at McKinsey, though that’s a dangerous assumption, I admit).

It’s a capital error to assume a well-educated man is good at everything: especially something as rich, nuanced, and specialized as genuine nation-building.

A Ferrari In Every Garage?

In Goldeneye, James Bond paraphrased Herbert Hoover’s campaign promise by asking Xenia Onnatop if Russians will have “a Ferrari in every garage?” 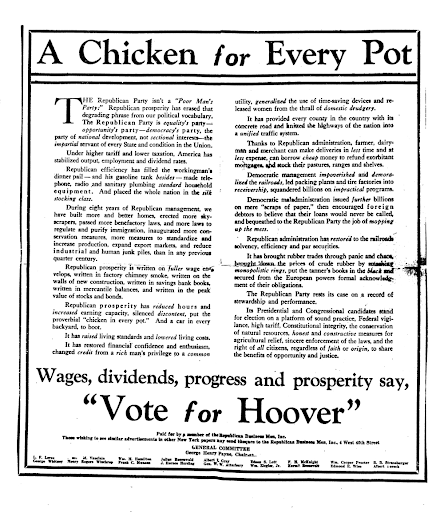 If you heard the White House’s statement on this bill, you’d think Biden fancied himself a demigod.

It will create good-paying jobs that can’t be outsourced. Jobs that will transform our transportation system with the most significant investments in passenger and freight rail, roads, bridges, ports, airports, and public transit in generations.

This will make it easier for companies to get goods to market more quickly and reduce supply chain bottlenecks now and for decades to come. This will ease inflationary pressures and lower costs for working families.

The bill will create jobs replacing lead water pipes so every family can drink clean water.

It will make high-speed internet affordable and available everywhere in America.

This bill will make historic and significant strides that take on the climate crisis. It will build out the first-ever national network of electric vehicle charging stations across the country. We will get America off the sidelines on manufacturing solar panels, wind farms, batteries, and electric vehicles to grow these supply chains, reward companies for paying good wages and for sourcing their materials from here in the United States, and allow us to export these products and technologies to the world.

I don’t know how he does it, but Elon Musk plays every government he comes into contact with like a fiddle!

The man is deranged.  This may be the single most inflation-inducing fiscal activity any government has ever engaged in during peacetime.

I feel for you.  April 15th will come more quickly this year than in others.  At least, it’ll feel like it.

But I suggest you look at the Republicans who got this mess through, and invest in their districts.  Biden and Buttigieg will be doling out some booty for them.

It’s a hot, sunny Tuesday here in Cebu. I hope your week started well. Today, let’s talk about a part of the world that doesn’t get enough attention, with Biden and Xi...