The Magic of the Moment

Happy Hump Day!Its a glorious morning here in Asti.I just got back from my morning walk. Luckily, I discovered a lovely cafe not far from my apartment.A smiling proprietor runs it, and a lovely barmaid serves up some of the best coffee Ive ever tasted.I go there almost every day to flesh out what Im going to write you.Sometimes, my overworked, underpaid guardian angel endows me with a wonderful idea.Other times, I read my research on my phone to develop an exciting story.But today, my phone buzzed in my pocket, interrupting my near meditative state of caffeine consumption.My old friend, Richard Nikoley, sent me his most recently written post for his excellent blog, FreeTheAnimal.com.Ive recommended Richards blog many times before and hope you choose to read it.His perfect admixture of substantiated points, pugnacious prose, and pugilistic delivery refreshes, stimulates, and educates.Richards post for today is Elons Golden Helmet.I encourage you to read it.The column smacked me in the chops because it encapsulates everything Ive been writing about here and talking about with friends and family.Change is on the way, and I welcome it.

If I sit in a comfortable chair, close my eyes, and dip my chin, I can hear Klaus Meine of The Scorpions sing Wind of Change.Its a beautiful song that talks about how the world was changing with the fall of the Berlin Wall and the changing - the collapse was imminent - of the Soviet Union.From Wikipedia:

The lyrics were composed by Meine following the band's visit to the Soviet Union at the height of perestroika, when the enmity between the communist and capitalist blocs subsided concurrently with the promulgation of large-scale socioeconomic reforms in the Soviet Union.

"Wind of Change" was released as the album's third single on 21 January 1991 and became a worldwide hit, just after the failed coup that would eventually lead to the end of the Soviet Union.

What a fantastic time that was!

Im so glad I lived through it.

And I feel like that time is coming again. Its not a conscious feeling, as I wasnt mindful of the changes then. After all, I had just turned 16.

I dont claim to tell the future, but a few things stand out as I look back on my travels.

I moved from the States to London in October 1999.

The Nasdaq collapsed in March 2000.

I moved from Europe to Asia in January 2009.

The market reached its lowest point that March, and we were in a sparsely interrupted bull run until January 2022.

I moved back to Europe last month.

So whether its by choice or luck, Ive got some timing game when it comes to moving.

Lately, conversations with friends have also made it clear to me that somethings going on.

LBS best buds Trav and Irish Jerry have long said rates were too low and companies werent made to pay for their mistakes.

But even with rates only up to 1% in the States, weve seen NFLX stock collapse, Disney lose its special status in Florida, and CNN+ abandoned after only one month of business.

Common sense may be making a comeback. Like everything else, its ahead of the Fed.

But Richards piece on Elon Musk and Trump crystallized this for me.

Elon is the very first human in all of earth history to become the richest person on the planet while checking his biases, remaining pretty honest and integrated, and getting to the point where he cant be bought even if it was presumed he could be.

Everyone senses this. His wealth is derived from that which he created and struggled foroften with the support of those for whom he was their hero, but now a zero, because he had bigger plans, beyond all their biaseswhich was the only reason for their support in the first place.

LOL. Warren Buffett? Bill Gates? As rich as they are or were, still general narrative-spouting, bend-over whores.

Am I sure free speech will reign because of Elon?

Am I happy he stuck a rocket up the Establishments and the Lefts collective and collectivist ass?

And whats more, the people may be waking up a bit.

Other than the usual purple-haired academic screeching, most seem to welcome Musks takeover.

All, except for Donald Trump, who Musk would reinstate.

Trump will stick with the hopeless Truth Social, though Im sure hes thinking, Elon, once I build it, you can buy it, and we can be friends!

The Markets are Correcting

I just saw this on LinkedIn this morning: 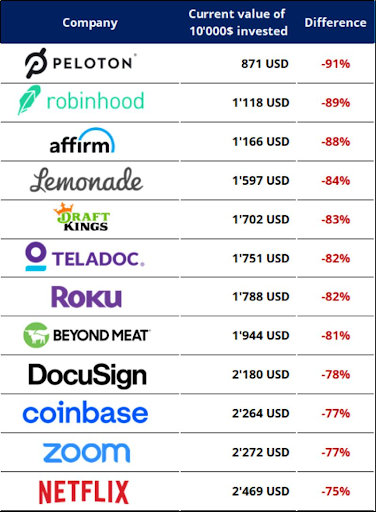 Seeing this does my heart much good.

Especially Beyond Meat. May it find bankruptcy. Quickly.

But what this table says to me is that pie-in-the-sky, temporary, and illusory solutions to nonexistent problems are no longer de rigueur among fund managers.

And thats a welcome relief.

Orban May Break the EU Over Russia

Though the EU treats Viktor Orban like a dictator, hes most certainly not.

Dictator is a pejorative term Europeans use for any leader who doesnt acquiesce immediately to all EUSSR requests.

Hungary is landlocked, as are Czechia and Slovakia, who also oppose a complete embargo.

These countries would need a few years and hundreds of millions of euros to transition away from Russian energy.

Most Western European countries have coasts, so it is normal to get their energy by sea. And that makes them far less dependent on Russia.

With that said, Orban will not sign any agreement that bans Russian energy without get-out clauses for Hungary.

Hes entirely in the right, and thats why the EU is currently trying to bribe him.

May the EU fall into a heap of its own recklessness, never to rise again.

The iPod is No More

Apple will discontinue its iconic and generation-defining iPod.

I didnt get one until the second or third generation, as Im not a music aficionado.

But its impressive just how much 1,000 songs in your pocket indeed changed the world.

From music to marketing to telecommunications to streaming to writing the list is endless.

It was the start of Apples resurgence and domination - and Steve Jobss Second Act.

I have to admit, even I was taken aback by the announcement.

But it was probably long overdue.

RIP, iPod. We loved you very much. 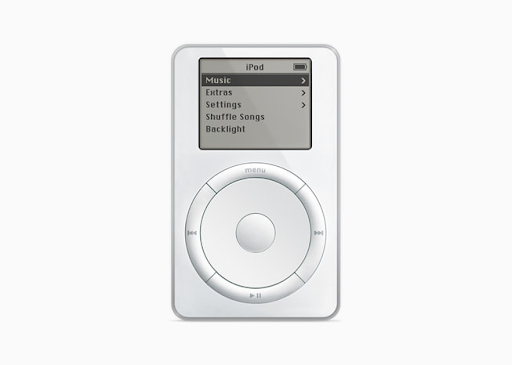 When Brady finally retires from the NFL, an era will have truly ended.

But a new one will open, with him in the booth.

Will he be better than the $18 million per year Tony Romo?

Im not sure, but Romo must be thinking, I cant wait for my salary negotiations!

What a retirement package, aye?

Call me crazy, but I think a seismic shift is going on now.

Its subtle, sotto voce even, for the powers that be dont want it to happen.

They rely on subterfuge, sleight of hand, and baldfaced lying to keep us caged up.

But common sense, cash flows, and real assets are coming back into fashion.

But if someone handed me $37 million per year, Id surely take it!

Food Shortages in America and the World

Droughts affect seeds, seeds affect planting, and planting affects yields. Nearly 87% of African income is spent on food. The Russia-Ukraine war and its sanctions make the situation much...