Its one heck of a Tuesday.

One day after three Afghans were videoed falling from a plane they were on, but not inside, Biden doubles down on his decision.

He wont run for a second term if were lucky, but what alternatives do the Democrats have?

What would Donald J Trump do?

Yes, he signed the order last year to vacate Afghanistan. And yes, Biden has spent all year undoing all of Trumps policies.

So why did Biden stick to the letter of this particular policy?

Of course, he blamed the whole, sorry pullout on Trump. Yet Biden never deviated from that year-old policy despite the overwhelming evidence he should.

Dont get me wrong: the US never shouldve been in Afghanistan, to begin with.

Fine, if they thought Bin Laden was there, go get him. But to spend trillions of dollars in the Graveyard of Empires trying to convert it into a democracy?

Anyone whos ever read a history book knows the mission was ludicrous.

When they committed the Cheney Double by invading Iraq, Afghanistan was relegated to the junior theatre. No good was ever going to come out of it.

If Trump were still in office, he wouldve dealt with this differently. He humiliated Biden in a statement on Saturday:

He ran out of Afghanistan instead of following the plan our Administration left for hima plan that protected our people and our property, and ensured the Taliban would never dream of taking our Embassy or providing a base for new attacks against America. The withdrawal would be guided by facts on the ground.

After I took out ISIS, I established a credible deterrent. That deterrent is now gone. The Taliban no longer has fear or respect for America, or Americas power.

When Are We Getting An Apology From Biden Voters?

Nowadays, the fashionable thing to do is shame anti-vaxxers and blame them, instead of the Chinese Communist Party (CCP) for the ongoing health crisis.As far as I can gather:And, allegedly, thats how the vaccines were supposed to work all along.Right.My question is this: with all the evidence that Dopey Joe Biden produces every day of his incompetence, when will we get an apology from Biden voters?

Afghanistan is an unmitigated disaster of the avoidable kind. An unforced error, as they say in tennis.I understand and sympathize with wanting to bring the troops home.But having the country you spent two decades worth of blood and treasure on fall in less than 24 hours after the withdrawal? An embarrassment America wont soon shake off.Oh, look. Here are three stowaways falling to their deaths. 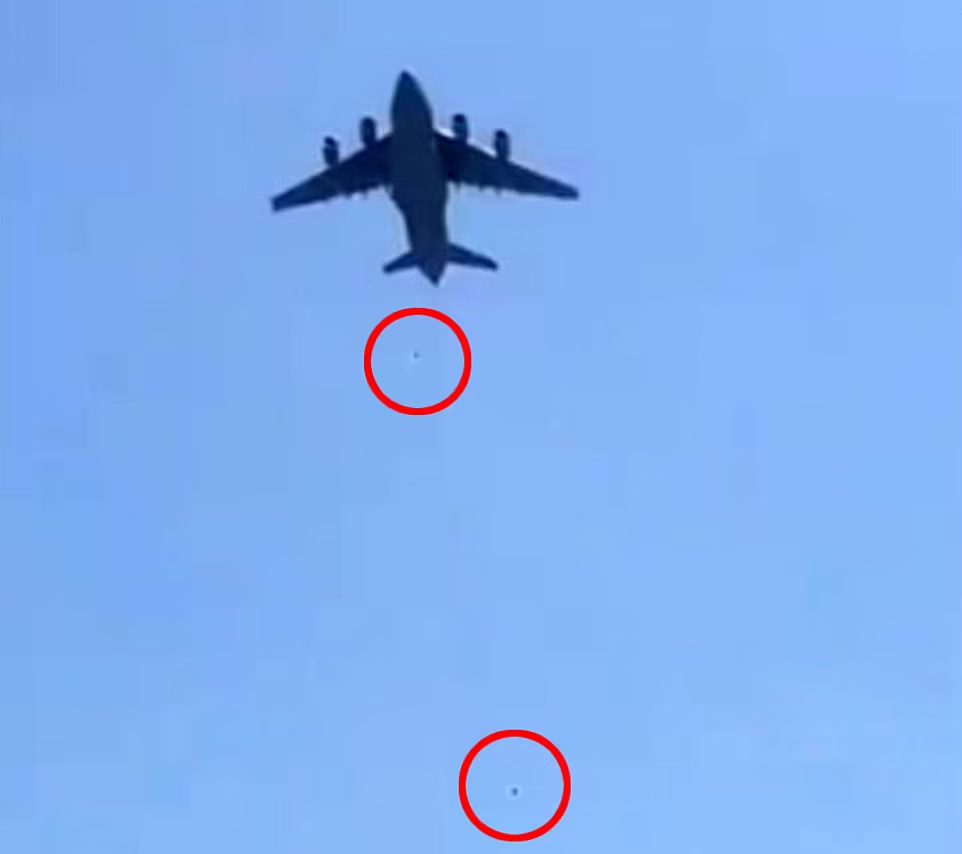 Credit: Daily MailOf course, no one will get fired for this.

Inflation got pushed to the back page, thanks to the Afghanistan fiasco.But its been a doozy of a few months. Inflation was up 5.4% year-on-year in both June and July, which is a blistering pace.Many think inflation is transitory, but history shows us central bankers have a terrible time trying to put the inflation toothpaste back into the tube.

Runaway spending has also been a feature of the new administration.According to The New York Times, the first budget request of Bidens presidency asks for total spending to rise to $8.2 trillion by 2031, with deficits running above $1.3 trillion throughout the next decade.Yes, The Donald spent like a drunken sailor as well. It was the most disappointing part of his reign, as far as Im concerned.But Biden is throwing up telephone numbers now.Where on earth is all this money going to? I remind you that deficits mean hes spending all of your tax money and then some more. $1.3 trillion more. Every year.I admit I was bitterly disappointed when Biden was elected. And I think he shouldve done a much more organized job during the pullout. But do you know who doesnt blame Biden?Ron Paul.

In an article written for the Mises Wire, Ron Paul writes:

The US war on Afghanistan was not lost yesterday in Kabul. It was lost the moment it shifted from a limited mission to apprehend those who planned the attack on 9/11 to an exercise in regime change and nation-building.

Immediately after the 9/11 attacks, I proposed that we issue letters of marque and reprisal to bring those responsible to justice. But such a limited and targeted response to the attack was ridiculed at the time. How could the US war machine and all its allied profiteers make their billions if we didnt put on a massive war?

So who does Dr. Paul blame? He lists four parties:

Congress did indeed fund this war for twenty years, undoubtedly knowing it was going nowhere. Guilty as charged.

What a bunch of gormless, gutless bureaucrats. Theres simply no way they didnt know what a disaster this whole situation was. But they needed to keep their defense partners in the money, so they let this continue.

Not only that, but many of them testified before Congress that the Afghan army would be ready to defend the US-installed government when the time came.

Liars, the lot of them.

Heres a snapshot of how well these fat, smug, cigar-smoking bastards did:

So Raytheon Technologies, the worst performer of the group by far, still managed to outperform the S&P 500 by nearly 500%.

War is a racket, indeed. A very profitable one.

If the presstitutes, as Paul Craig Roberts calls them, dont disgust you, nothing will.

I know they used to be broke truthseekers. I understand that the thrill of getting paid well to work for your government must have seemed irresistible.

But they should have resisted it.

No one trusts them anymorenone of them.

Less than 1 million people watch CNN daily. Thats out of a population of 330 million.

The most painful home truth of them all.

Americans sat around for twenty years while the US government enacted the Patriot Act, went to war in Afghanistan and Iraq.

They cheer their troops even for quixotic, idiotic overseas adventures.

And now the bill comes due.

I cant disagree with Dr. Paul, though I will state the President of the United States should be an excellent organizer of men and material.

Biden cant even read a teleprompter.

This is all the more reason why you need to work on that second passport, get into crypto, and start an online business.

Its sad to say, but you just cant trust the man next to you to make good decisions.

Theres no cavalry coming. You must save yourself. As my good friend and mentor James likes to say:

Business is the Battlefield.

Youve got time, but start to prepare right now.

Have a great day.

Still Dealing With This Afghanistan Mess

Happy Hump Day!Halfway there, although its been a ludicrous week politically anyway.Lazy Joe just left blood, treasure, and a truckload of weapons at the Talibans disposal. Its a mess and...